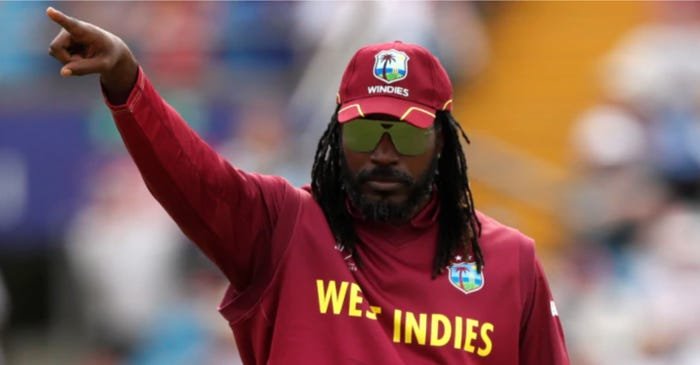 West Indies swashbuckling batter Chris Gayle wasn't pleased with the comments of great Curtly Ambrose and said he has no respect for the 58-year-old.

Ambrose recently said that Gayle hasn’t performed well enough to claim a place in the playing XI of the T20 World Cup. Gayle hit back at Ambrose saying he has "no respect" for the former player and that he is "finished" with him.

"I am speaking about Curtly Ambrose. I am singling out Curtly Ambrose, one of your own. I highly respected him when I came into the West Indies team," Gayle told The Island Tea Morning Show.

"When I just joined the team, I looked up to this man. But I am now speaking from my heart. I don't know what, since he retired, what he had against Chris Gayle. Those negative things he has been saying within the press, I don't know if he is looking for attention, but he is getting the attention. So I am just giving back the attention which he requires and which he needs.

"I can tell you personally, and you can let him know that Chris Gayle, the Universe Boss, have no respect for Curtly Ambrose whatsoever."

Meanwhile, the Universe boss is not in a good form lately. As he has managed only 227 runs in 16 innings at an average of 17.46. The left-hander featured in only two games in the second half of the IPL, scoring 15 runs, before ending his stint with Punjab Kings in order to "mentally recharge and refresh" ahead of the T20 World Cup.