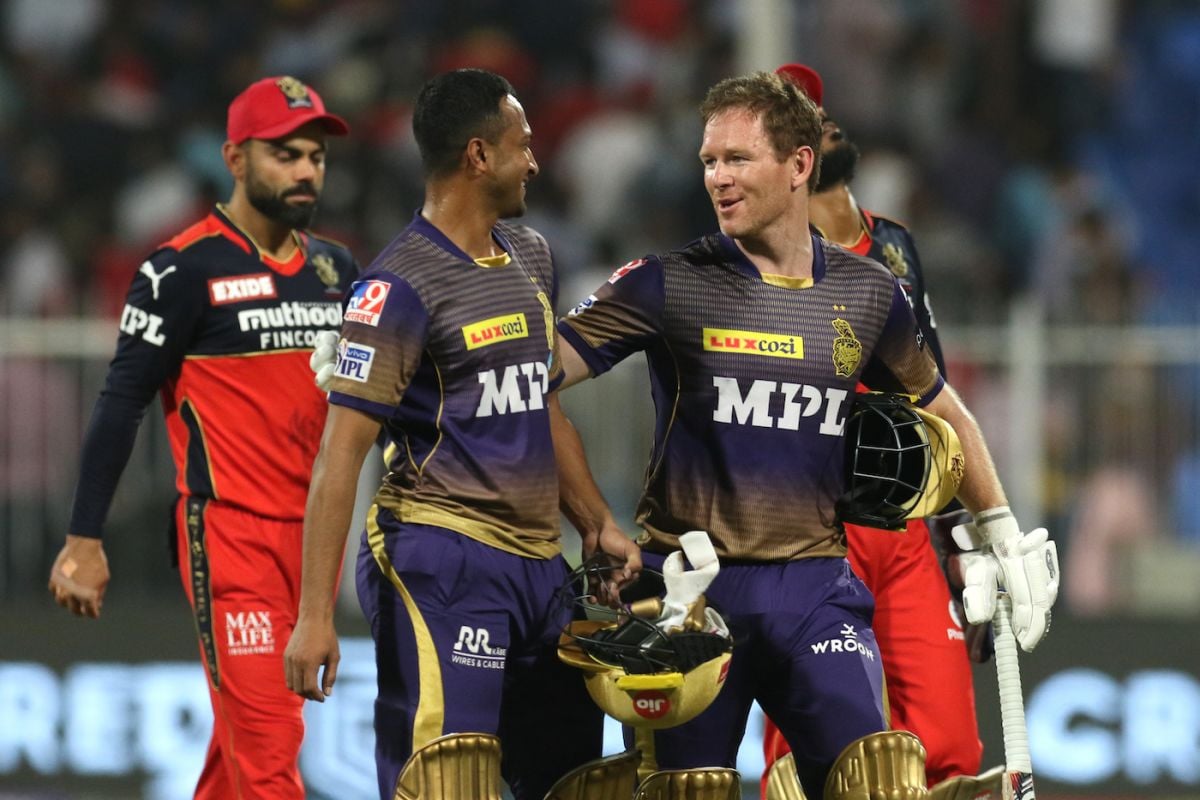 Sunil Narine scored with bat and ball to help Kolkata Knight Riders to victory over Royal Challengers Bangalore on Monday and end Virat Kohli's hopes of an Indian Premier League title as captain.

Bangalore crashed out of the Twenty20 tournament after losing the eliminator by four wickets in Sharjah with Kohli bowing out as leader of the franchise that has never won the IPL.

Kohli, who had announced at the start of the resumed IPL in the United Arab Emirates that he will step down as captain of the side this season, said he gave his "best".

Narine took four wickets as Kolkata kept down Bangalore to 138-7 and then hit 26 off 15 balls in the team's chase that was completed with two balls to spare.

Bangladesh all-rounder Shakib Al Hasan hit the winning run with skipper Eoin Morgan at the other end as Kolkata booked a meeting with Delhi Capitals in the second qualifier on Wednesday.

Narine bowled Kohli with flight and spin as the star batsman walked off for one final time as captain of Bangalore since taking over the role in 2013.

He then bowled South African veteran De Villiers and had the in-form Maxwell caught at short third man.

In reply, openers Shubman Gill (29) and Venkatesh Iyer (26) gave Kolkata a strong start adding 41 before the first wicket fell in the sixth over.

The innings wobbled slightly before Narine, coming in at number five, hit three sixes to ease the pressure.

He was bowled by Mohammed Siraj who also sent back Dinesh Karthik in the same over but Morgan and Shakib kept their cool to take the two-time IPL champions home.

M.S. Dhoni's Chennai Super Kings have made the final on October 15 after they beat Delhi in the first playoff on Sunday.