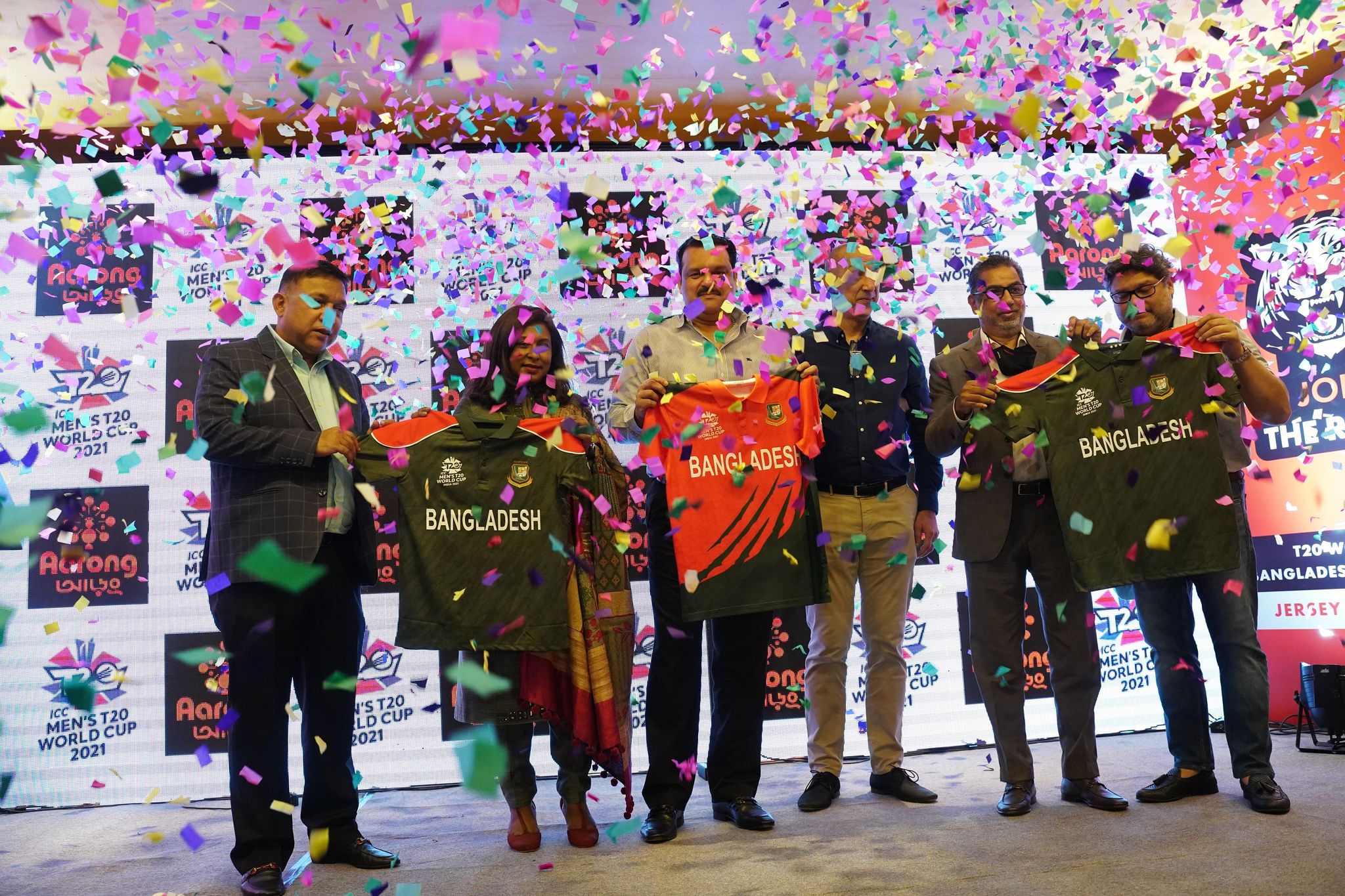 The official Bangladesh T20 World Cup jersey was unveiled Monday at an event organized at a capital hotel by the Bangladesh Cricket Board (BCB) and Sports and Sportz, the official jersey maker.

In the forthcoming mega event in Oman and the UAE, Bangladesh cricketers will wear recyclable jerseys.

The official distributor is Aarong, a Bangladeshi department store chain specializing in Bengali ethnic wear and handicrafts and the official jersey will be available at all Aarong locations.

"The thread for the front part of the jersey is of recyclable jacquard fabric, which is made from recyclable plastic. The back part is made from mesh fabric which is able to regulate temperature well due to air circulation,”

“We took the heat in the Middle East into consideration while developing this jersey. The shoulder is red while the remaining part of the jersey is made green to portray our national flag," said owner of Sports and Sportz Mehtab Uddin to the media on Monday.

The jersey's design is based on the one worn by the Tigers in 2004-2005. Bangladesh had already worn this jersey in an unofficial practice match against Oman A on Friday.

The Tigers reached Abu Dhabi on Sunday from Oman and will play two official practice games on October 12 and 14 against Sri Lanka and Ireland respectively.