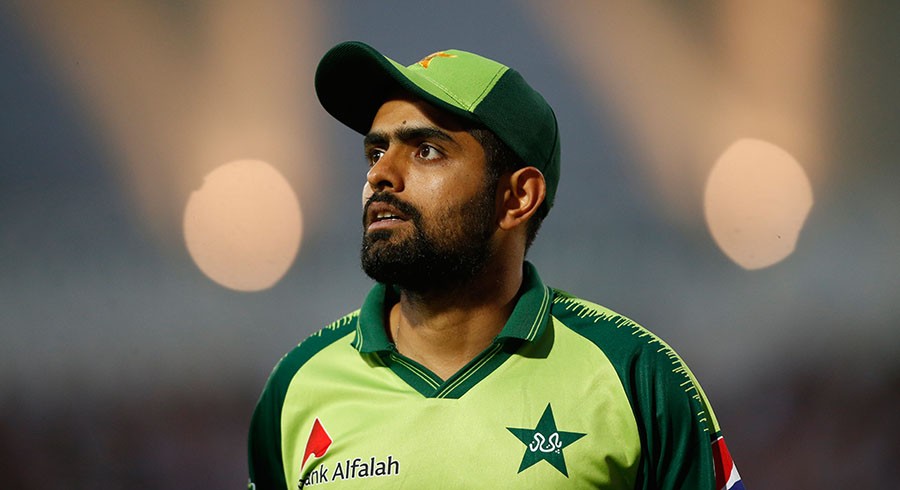 Pakistan skipper Babar Azam has provided insight into his team's approach ahead of the mega tournament, emphasizing his batting strike rate.

"I believe if you have the momentum, you need to capitalise on it. If we [Babar and Rizwan] started well, it's not in my nature to think I should hold myself back or that I must bat deep at the expense of strike rate. However, if one of us is striking the ball well, we try to bat for as long as possible without changing our game. Keep our strike rate up, remain positive, but also try and hang around to take advantage of your form. You can't worry about whether the guys below will deliver. The mindset remains the same. We plan to ensure one of us remains at the crease for much of the innings” Babar said.

With 106 wins in the shortest format of the game, Pakistan remains the most successful team in the world. The team, on the other hand, has suffered in recent years, and Babar has highlighted the areas that need to be improved.

"We're struggling in two areas, middle order and death bowling, and have done for some time. We've tried different combinations and tried to assess who could suit the team if they played in certain positions. It didn't work out, unfortunately, but that's cricket. If you select players, you cannot guarantee that they will perform. There are ups and downs, and the players we selected were chosen because they had performed elsewhere. You need to take your chances if you want to stay in the Pakistan team. You will have to perform consistently, otherwise, you get demoted to the bench," he said.

Speaking about the management changes, Babar said that it takes time to adapt which is partially the reason behind Pakistan's slump in form in recent times; Pakistan won 30 out of 37 T20I matches under former coach Mickey Arthur. But since then, has only managed 17 victories out of 34.

"Whenever a new management comes in, it takes time to adjust," he says. "You don't just get used to it in a day. It takes time. Even for a team to gel, it takes time. If you select a team, you're not just going to start getting results in the second or third game. You need time, but our goal is to acclimatise as quickly as possible,” he said.

"Two years ago was a different time compared to today. Things change. At the time we had different management, different coaches. The mindset is different. But then, we also had a different team; now we have a few different players,” he added.

Pakistan will begin their campaign on October 24, with a high-profile match against India.