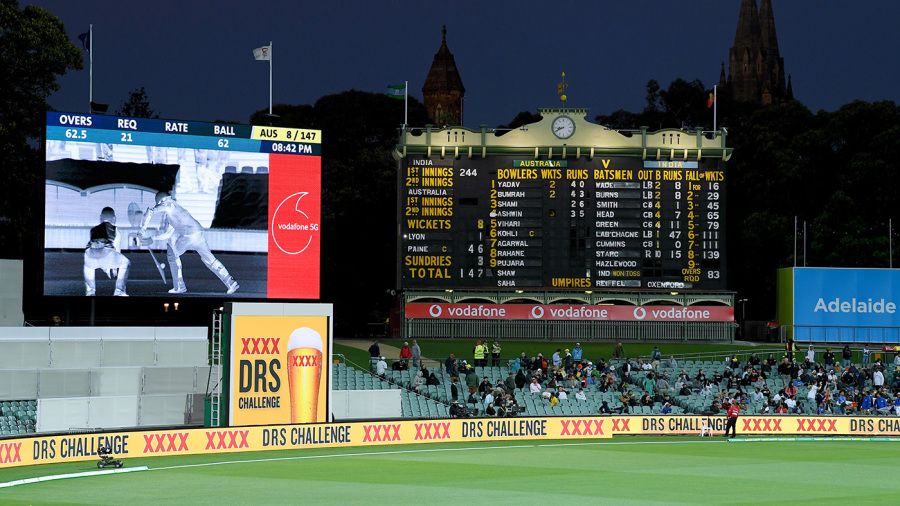 The Decision Review System (DRS) will be used for the first time in an ICC men's T20I competition, as the governing body has confirmed that the system will be accessible at the T20 World Cup starting later this month.

Each side will get a maximum of two reviews per innings, according to the ICC's playing regulations issued this week for the upcoming T20 World Cup, which begins on October 17 and will be played in the UAE and Oman. In June of last year, the governing body confirmed one additional failed DRS review for each team in each innings of a match across all formats.

"keeping in mind that there may be less experienced umpires on duty at times" owing to Covid-19-related reasons. The number of unsuccessful appeals per innings for each team has since increased to two for the white-ball formats and three for Tests.

For delayed and rain-interrupted matches, the ICC has decided to increase the minimum number of overs. During the T20 World Cup group stages, each team must bat for a minimum of five overs in order for the DLS method to determine the outcome. That is the current norm for any T20I.

However, each team will be required to bat for a minimum of 10 overs in the semi-finals and finals, as was the case in the women's T20 World Cup last year, where it became a major talking point after the first semi-final, between England and India, was washed out in Sydney and England was eliminated due to the lack of a reserve day.