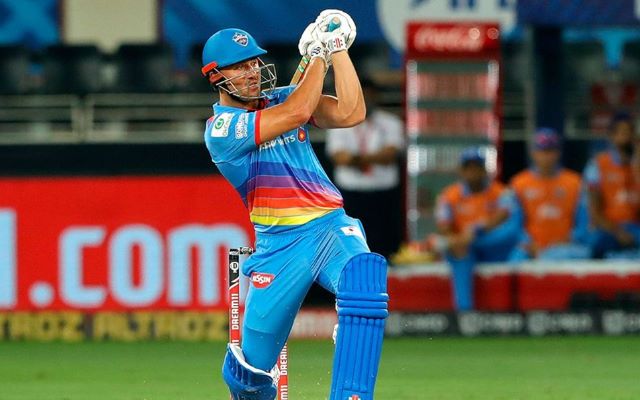 Australian allrounder Marcus Stoinis is expected to return to the Delhi Capitals for the first playoff against Chennai Super Kings in the Indian Premier League, skipper Rishabh Pant said.

Delhi lost their final league match to Virat Kohli's Royal Challengers Bangalore on Friday in Dubai but finished top of the table in the Twenty20 tournament.

Kolkata Knight Riders, led by Eoin Morgan, joined Delhi, Chennai and Bangalore as the fourth team to make the playoffs.

Stoinis limped off the field with a hamstring strain while bowling his second over in Delhi's first match of the resumed IPL in the United Arab Emirates.

Delhi, eyeing their maiden IPL crown, won four of the six matches in the absence of Stoinis and later handed a debut to Indian allrounder Ripal Patel.

"We had already qualified, so we thought we are going to try someone because Stoinis was injured. Hopefully he will be in for the next game," Pant told reporters after his team's loss to Bangalore.

Stoinis' return to the field would be good news for Australia who have named the allrounder in the national squad for the T20 World Cup starting October 17.

Stoinis, a middle order batsman and a medium-pace bowler, recently said he wants to be the "best finisher" for Australia in world cricket.

The winner of the first IPL qualifier will book a place in the final on October 15 while the loser will get another shot at getting a place in the title match.

Kolkata will clash with Bangalore, who are still searching for their first IPL title in Kohli's last season as captain of the side, in the eliminator on Monday.

The loser will bow out of the tournament. The winner of the match will play the loser from qualifier one.

Kohli said Bangalore, who beat Delhi by seven wickets courtesy a last-ball six by Srikar Bharat, need to lift their fielding standards ahead of the must-win encounter in Sharjah.

"I definitely think we need to be sharper in the field. We need to take the 50-50 opportunities in our way," said Kohli.

"Those runs are crucial in big games. When it comes to the playoffs, no team will give you a second chance."

Holders Mumbai Indians crashed out after the five-time champions failed to make the playoffs despite a big win in their final league match.

The 14th edition of the world's most popular T20 league was halted midway on May 4 by a raging coronavirus pandemic in India and resumed last month.