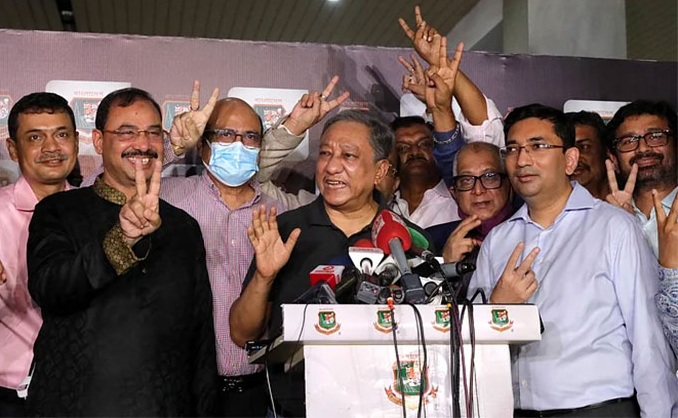 Nazmul Hasan Papon has been elected Bangladesh Cricket Board (BCB) president for the fourth term.

The election was held on Wednesday, but the result were officially released by the board today. BCB got 25 directors through the election of the board of directors.

After winning the election, 16 people have become directors. Seven candidates were elected without contest. Besides, two directors have been nominated by the National Sports Council (NSC). Papon was elected by the vote of newly elected 25 directors.