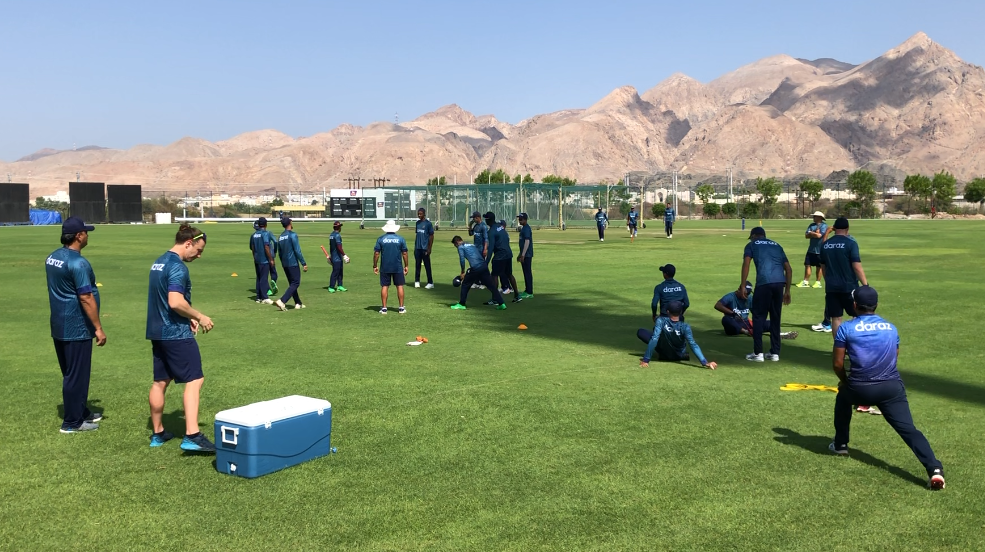 The Bangladesh team began practicing on Tuesday after completing the obligatory one-day in-room quarantine ahead of a warm-up match against Oman's A side. The match had not been arranged, but Mahmudullah's team agreed to play it after consulting with the hosts on Tuesday.

The match will take place at the Oman Cricket Academy Ground on October 8. BCB confirmed the matter to the media.

On Monday, the Bangladeshi tour group arrived in Muscat, Oman's capital. They were then transported to Shangri-La Al Husn Resort and Spa, where they completed the one-day quarantine.

Bangladesh will go to the United Arab Emirates after the practice match against Oman A. Bangladesh will begin preparations on October 11 after completing one-day mandatory quarantine, ahead of two warm-up matches against Sri Lanka and Ireland on October 12 and 14, respectively.

They will then return to Oman to compete in the World Cup qualifying round.

Except for Shakib Al Hasan and Mustafizur Rahman, all members of the Bangladesh team, as well as support staff, have already arrived in Oman to prepare for the huge event.

Tigers to face England-Australia in Super 12