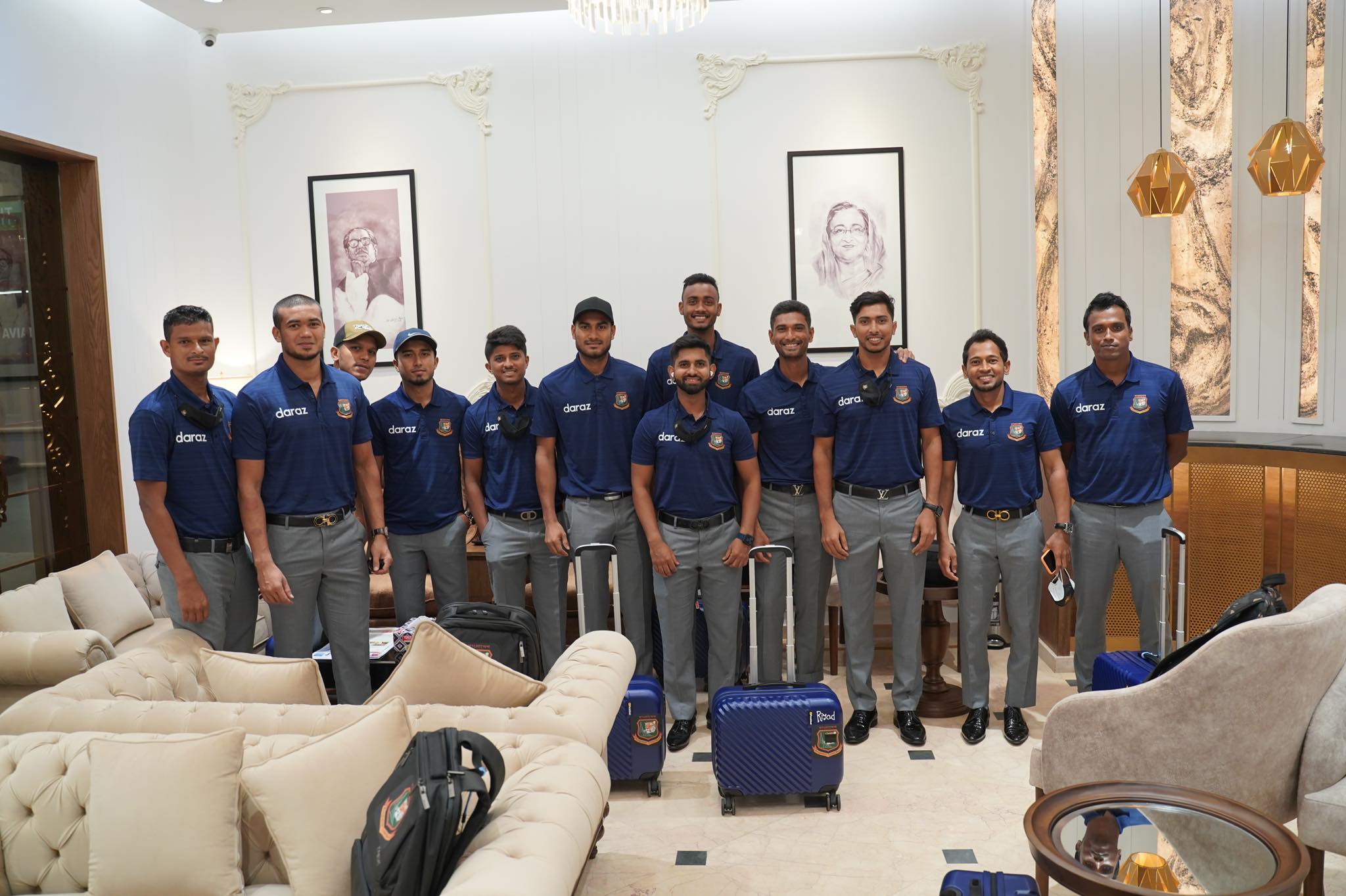 Bangladesh cricket squad have departed for Oman to compete in the next Men's T20 World Cup on Monday night. The flight has delayed from 10:45 pm to 1:20 am due to Tropical Cyclone 'Shaheen' passing through Oman.

Bangladesh T20 captain Mahmudullah said his team are eyeing to win as many matches as possible in the T20 World Cup, scheduled to start in Oman and the UAE later this month.

Mahmudullah before departing with the team from Dhaka for Muscat Sunday evening informed his team’s ambition in the world event.

“As a nation it is a great chance for us to do well at a World Cup. The way we've played the last few series, if we can play like that, something good might happen. We will try to overcome the qualifying stage by playing well and then go into the main phase,” said Mahmudullah to the media at the Dhaka airport.

“We want to win as many matches as possible. Our record in T20 World Cup is not good and we want to break the barrier,” said the Bangladesh T20 captain.

Shakib Al Hasan and Mustafizur Rahman are now in the UAE, representing their respective franchises in the Indian Premier League (IPL). On October 9, the two will join the Bangladesh contingent.