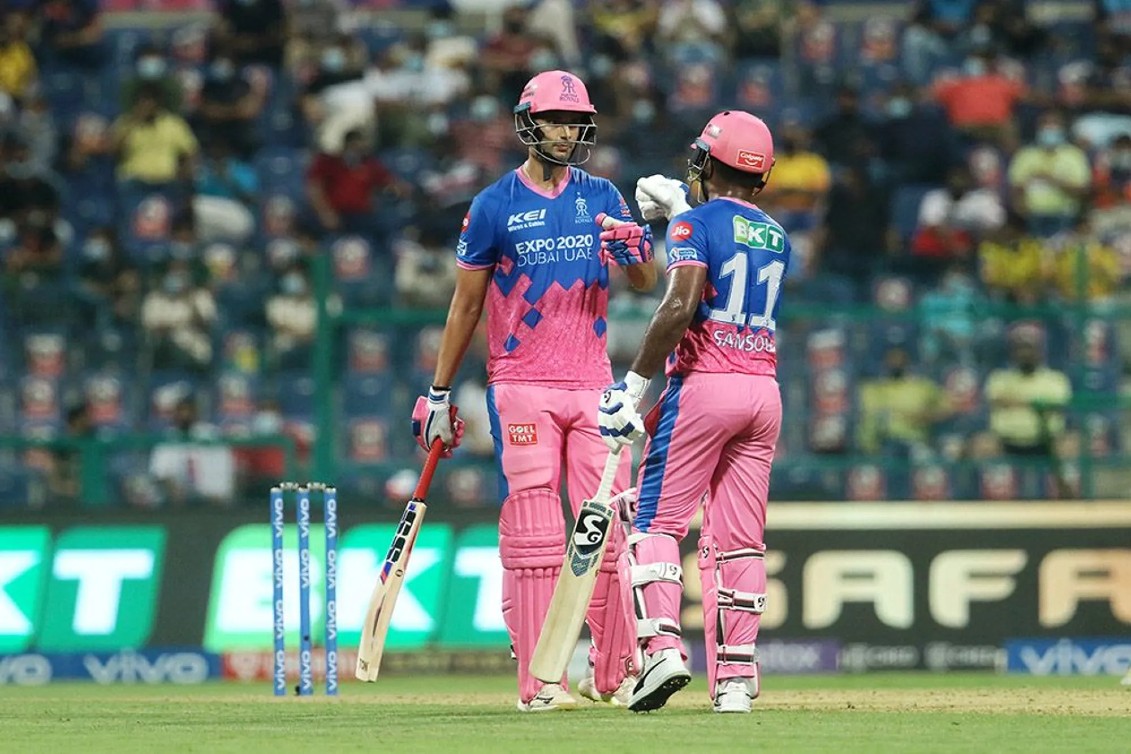 Gaikwad's unbeaten 101 in 60 balls steered Chennai, who have already qualified for the play-offs and stay top of the table, to 189-4 after being invited to bat first in Abu Dhabi.

Royals overhauled their target in 17.3 overs with Shivam Dube unbeaten on 64 as they won by seven wickets to keep their play-off hopes alive.

The highlight remained Gaikwad's knock which was laced with nine fours and five sixes as the batsman reached his hundred with a hit over the fence on the final ball of Chennai's innings.

Gaikwad put on key partnerships including an unbeaten stand of 55 with Ravindra Jadeja, who made 32, to become the tournament's leading batsman with 508 runs in 12 matches.

"Unbelievable batting by Gaikwad, we're afraid of a batsman like him. Really a lot of respect to him," Royals skipper Sanju Samson said in praise of Gaikwad, who was named man of the match.

It was the first ton of the revived IPL in the United Arab Emirates and fourth of the Covid-hit season that was halted in May amid a raging pandemic in India.

Royals came all guns blazing in their reply as openers Evin Lewis (27) and Yashaswi Jaiswal (50) set up the chase that was kept up by Samson, Dube and Glenn Phillips, 14 not out.

Royals moved to sixth, ahead of holders Mumbai Indians, who lost to Delhi Capitals in the first match of the day, in the eight-team table.