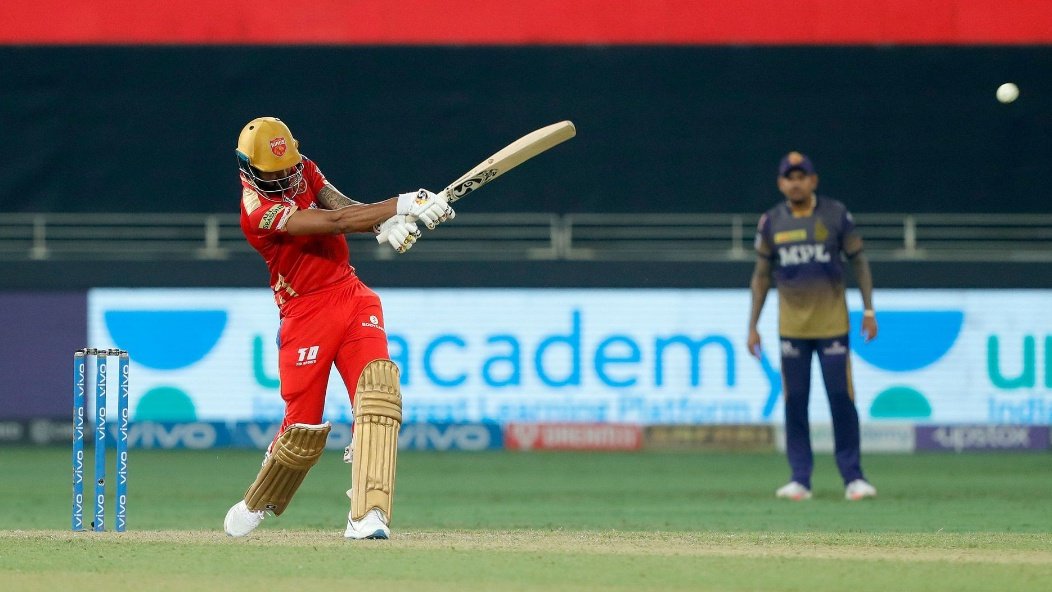 KL Rahul steered Punjab Kings to a nail-biting five-wicket win over Kolkata Knight Riders on Friday, keeping their hopes alive for a play-off place in the Indian Premier League.

KKR looked set for a big total in Dubai with Venkatesh Iyer smashing 67 off 49 balls but Punjab restricted them to 165 for 7 with England captain Eoin Morgan out for two.

Punjab were without Chris Gayle who announced his departure from the IPL on Friday with coronavirus "bubble fatigue" and to prepare for the Twenty20 World Cup.

But the openers made a good start before Mayank Agarwal departed for 40, caught at cover by Morgan -- having dropped him in the first over -- off Varun Chakravarthy.

Nicholas Pooran fell for 12, Aiden Markram for 18 and Deepak Hooda for three but Rahul held his nerve with a commanding 67 off 55 balls.

Rahul looked out with 10 balls left but Rahul Tripathi, taking what appeared to be a spectacular diving catch, was adjudged by the third umpire to have grounded the ball.

With four needed off four, Shahrukh Khan heaved the ball to the fence where Tripathi fumbled it over the rope.

Punjab's win takes them to fifth, level on 10 points with fourth-placed KKR and Mumbai Indians in sixth. The top four teams will go through to the play-offs.