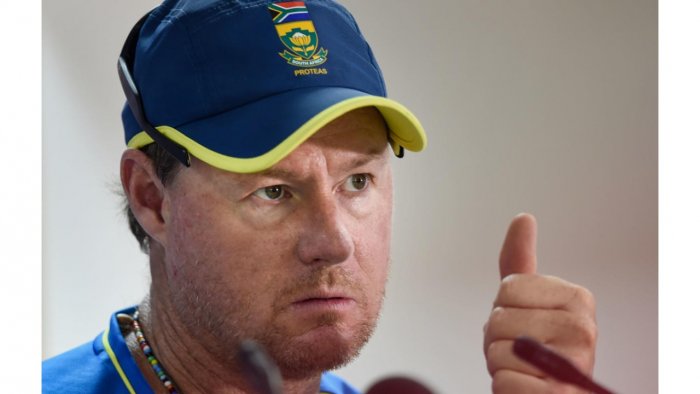 Sporting assignments do not come much tougher than Lance Klusener's role as head coach of Afghanistan as he tries to plan a World Cup campaign with a team who are 12,000km away.

In an ideal world, Klusener and his squad would already be in the United Arab Emirates preparing for their first fixture of the T20 World Cup on October 25.

Instead, the former South Africa all-rounder is at home near Durban while the bulk of the players are attending a low-key training camp in a country still getting to grips with its takeover by the Taliban.

"We were planning at least a month's camp (in the UAE) but we are still waiting for visas, so that's not going to happen. We will try to get there as soon as we can," Klusener told AFP.

Coaching Afghanistan was not easy even before the Taliban took control but it has become even more difficult, with a series against Pakistan postponed and the country's professional T20 tournament cancelled since the change in regime.

The Taliban's influence has already been felt at the headquarters of the Afghanistan Cricket Board, with a new chairman and chief executive installed.

A major concern for Afghanistan's status as a full member of the ICC is the likely demise of women's cricket in the country.

Klusener, 50, has been to Kabul "about half a dozen times" in varying weather conditions since his appointment two years ago.

"I came back from Kabul a couple of days before we shut down. I think it (the Taliban takeover) was always going to happen but the speed of it took everyone off guard.

"That's how countries work. There's nothing we can do as sports people except work with it or work around it.

"We had a very good training camp for about two-and-a-half weeks. The pitches were pretty good for that time of year. The weather is hugely extreme. I was there in mid-winter once when those pitches were knee-deep in snow."

He has yet to speak to the new men in charge but says his understanding is that the Taliban are "all for promoting and supporting cricket. By all accounts they're very happy for us to continue and have been extremely supportive.

"It's a huge, huge change for the country, for the people. It's going to take a little bit of time for everyone to find their feet."

While that happens Klusener -- who played 49 Tests and 171 ODIs for South Africa -- is concentrating on the everyday challenges of his job.

"Unfortunately we always play away from home," he said.

"Throw Covid into it and it is a logistical battle. The last time we played was against Zimbabwe (in Abu Dhabi) in March."

"We're lucky that quite a few of our guys play in T20 leagues in various places," said Klusener.

Eight of Afghanistan's 15-man World Cup squad have experience of playing professional T20 cricket in other countries, led by the country's 'Big Three' of Rashid Khan, Mujeeb Ur Rahman and Mohammad Nabi, who are currently involved in the IPL in the UAE.

All three are spin bowlers.

"I think we've got the best spin attack in the world," said Klusener.

"We will be asking questions of any team we play, especially if there is a little bit of turn available.

"Our biggest challenge is getting enough runs on the board. That's been our focus, working on making sure that if we bat first we get something competitive."

One thing Klusener is not worried about is a change in captaincy.

Rashid Khan resigned because he was not consulted about selection and Nabi was appointed in his place.

Klusener said he did not expect any tension between the two players.

"Nabi has a wonderful head on his shoulders. He's super-calm. All the senior players work extremely well together. He's one of those guys who thrives on responsibility. I think it's going to bring the best out of him."