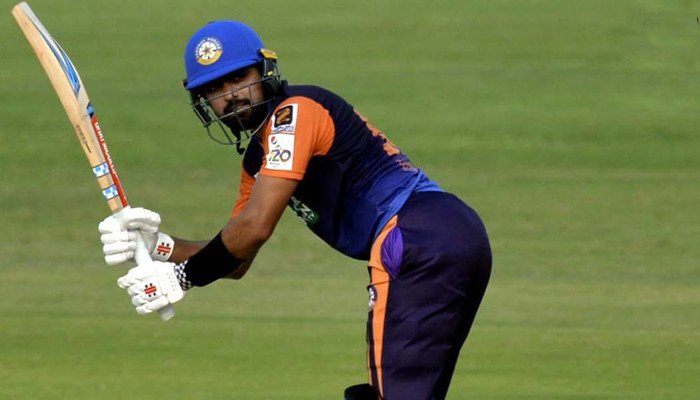 Babar Azam, the captain of Central Punjab, has become Pakistan's most prolific batter in Twenty20 cricket.

Azam stayed unbeaten on 105 runs in the ongoing National T20 Cup match against Northern, taking only 63 balls to reach his sixth century in T20 cricket. In 185 innings, the right-hander achieved the century mark.

After electing to bat first, Punjab used Azam's century to amass 200/2 in their allotted 20 overs.

Speaking after the end of the first innings, Azam stressed on the importance of partnership with fellow opener Shehzad. The duo added 67 runs in 6.3 overs for the first wicket, which set the platform for a massive total.

“Early on the ball was gripping a bit and the ball was not coming on to the bat nicely. We needed a partnership there, which I formed with Ahmed [Shehzad] bhai. That gave us momentum and we carried that forward,” said Azam.

Azam also shed light on how he planned his majestic innings.

“I try to target some of the bowlers, against whom I like to score 12-15 runs per over. But I also play with a positive intent against the other bowlers so that I can atleast score 10 runs in their over as well,” he said.