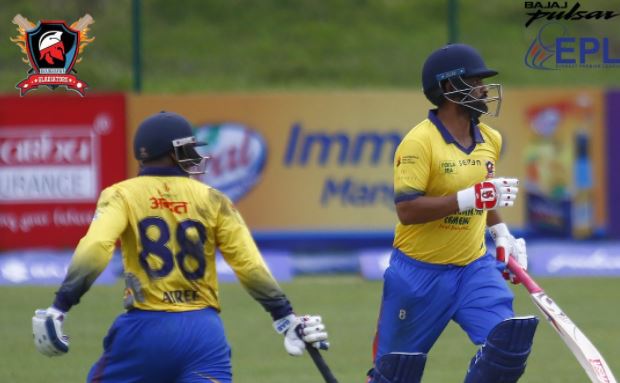 Bhairahawa chased down the small target of 90 runs with six wickets and 27 balls in hand.

Bangladesh opener Tamim Iqbal finally got the chance to bat, however, he failed to play a big knock as he was returned for 12 runs aided by one four and a six.

The highest scorer of the innings was Upal Thranaga who remained unbeaten on 34 runs off 35 balls with four boundaries.

While batting first Biratnagar was all out for 89 runs. The batters could not play big innings except Dilshan Munaweera, who played a knock of 25 runs.

Dhamika Prasad and Aarif Sheikh scalped three wickets each and Abinash Bohara took a couple of wicket for Bhairahawa.

The second match of Bhairahawa Gladiators was postponed by the authorities due to rain.