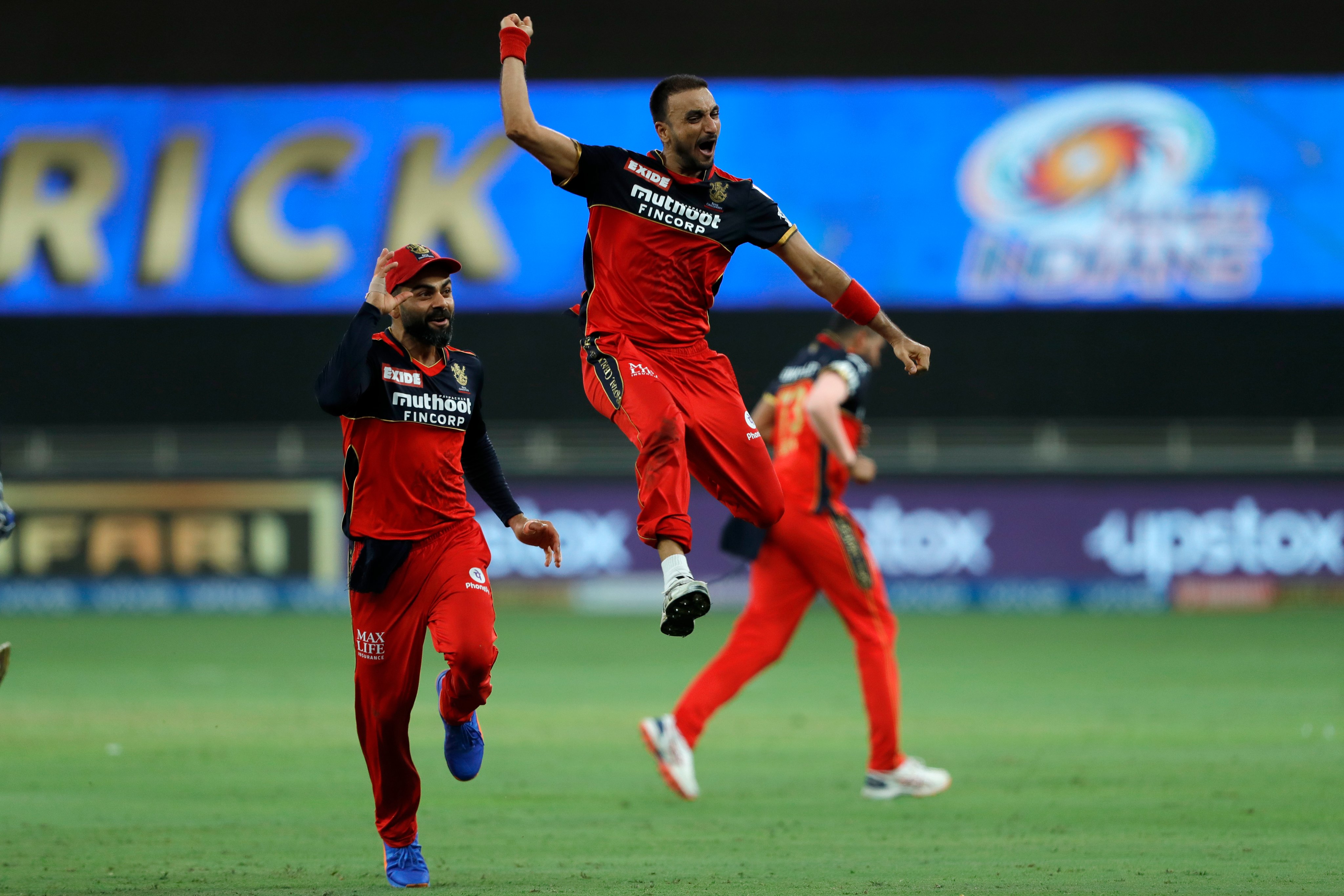 In the first match of the day, M.S. Dhoni's Chennai Super Kings beat Kolkata Knight Riders by two wickets in a last-ball thriller to move top of the eight-team table.

Australia's Maxwell held centre-stage in game two with a quickfire 56 guiding Bangalore to 165-6 and then his off-spin got two key wickets including skipper Rohit Sharma, for 43, to bowl out Mumbai for 111 in 18.1 overs in Dubai.

Patel flattened Mumbai's batting with his medium-pace bowling as he sent back Hardik Pandya (3), Kieron Pollard (7) and Rahul Chahar (0) to get his first IPL hat-trick and return figures of 4-17.

Skipper Virat Kohli also played a key part as he went past 10,000 runs in T20 cricket with a six off Mumbai quick Jasprit Bumrah and become the fifth international batsman to achieve the feat.

Kohli has been under the spotlight since announcing this month that he would step down as India's T20 captain after the World Cup and the Bangalore captaincy after this IPL tournament.

The star batsman (51) came all guns blazing after Bangalore were invited to bat first and took apart the bowlers, albeit with some luck through dropped catches on nought and 37.

He put on key partnerships including a 68-run second-wicket stand with Srikar Bharat and then put on 51 runs with Maxwell.

Maxwell used the reverse sweep to good effect and hit six fours and three sixes in his 37-ball knock.

In reply, Sharma and Quinton de Kock, who made 23, started strongly but the duo's departure saw five-time champions Mumbai lose momentum and sink to their third straight loss.