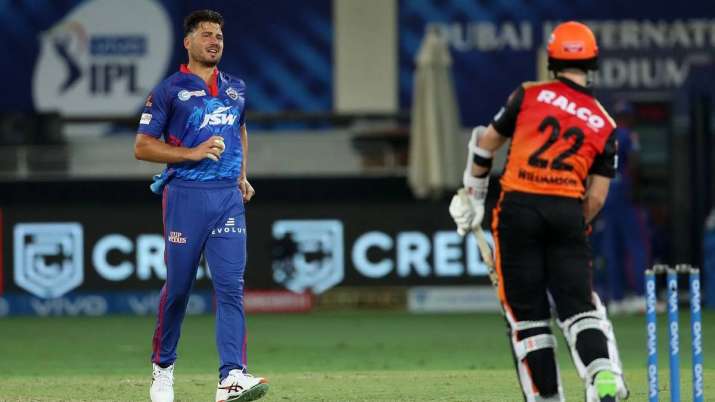 Australia all-rounder Marcus Stoinis has suffered a hamstring injury during an Indian Premier League (IPL) match, just one month out from the start of the Twenty20 World Cup.

The 32-year-old picked the injury while bowling his seventh ball of the game for Delhi Capitals against Sunrisers Hyderabad, his team's first match following the resumption of the tournament in Dubai after the resumption of IPL.

The all-rounder played no further part in the match, with Delhi teammate Steve Smith serving as a substitute fielder in his absence.

Cricket Australia (CA) physicians will keenly await an update from the IPL franchise, which is coached by Ricky Ponting.

"I have no idea about his injury but I spoke to him and he was looking really fit and happy," Delhi batter Shreyas Iyer said.

Stoinis has been named in Australia's 15-man squad for the October-November World Cup after missing tours of the West Indies and Bangladesh.

Australia's T20 World Cup campaign starts against South Africa on October 23, with that tournament being held in the United Arab Emirates.