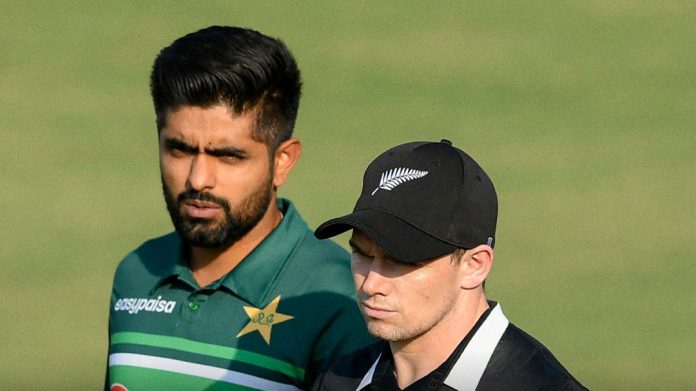 Pakistan’s Federal Minister for information and Broadcasting Fawad Chaudhry has claimed that a threatening email received by New Zealand Cricket was originated from Mumbai, India.

In a press conference in Islamabad alongside Interior Minister Sheikh Rashid Ahmed, the minister said that the entire situation started due to a fake post by someone claiming to be Tehreek-i-Taliban Pakistan (TTP) militant Ehsanullah Ehsan.

Pakistan Information Minister Fawad said the threat had come via an email. He also said that the same device had 13 other IDs, nearly all of which were Indian names.

"This email was generated from India through a VPN showing the location of Singapore," Chaudhry told reporters in Pakistan's capital,” he said.

"All IDs were made using the names of Indian actors and celebrities. Only the name Hamza Afridi is different to show that this email was generated from Pakistan,” he added.

However, India's foreign ministry did not immediately respond to the request for comment. Nuclear-armed neighbors and arch-rivals Pakistan and India regularly blame each other for acts of violence, charges each government denies.