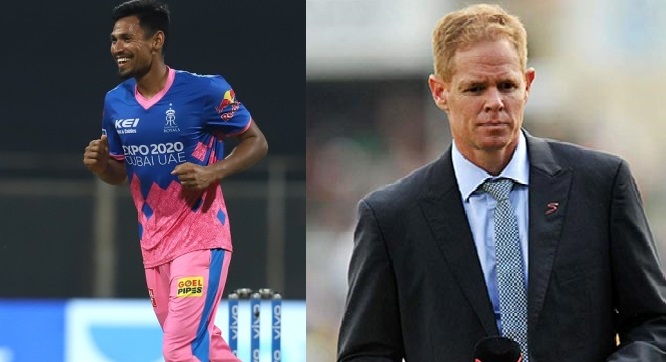 Cutter master Mustafizur didn't pick up any wicket but he played a vital role as he gave away only four runs in the 19th over. He finished giving away 30 runs from his 4 overs.

Despite Kartik Tyagi's superb bowling in the last over, Shaun Pollock considers Mustafiz as the X-Factor of the match. However, Tyagi picked up two wickets and conceded just one run in the 20th over.

“In such games you will often find an X factor. Fizz was that X factor for me. You can see during the 19th over. They (Batsmen) didn’t want to take too many risks. They wanted to end the match as they were ahead of the game. In these cases, bowlers like Mustafiz come in handy. Hardik Pandya, Kieron Pollard, even Rashid Khan can change the course of the match,” Pollock told to Cricbuzz.

Mustafiz could have earned a couple of wickets, but skipper Sanju Samson dropped the catch of Aiden Markram. Also, Chetan Sakaria dropped KL Rahul's catch during the game.

Chasing 186 runs, Punjab lost their way and Tyagi gave away just one run and took two wickets in the 20th over to keep the opposition down to 183-4.

IPL resumed on Sunday after it was postponed in May due to a surge of Covid cases in teams and staff, prompting foreign players to rush home.