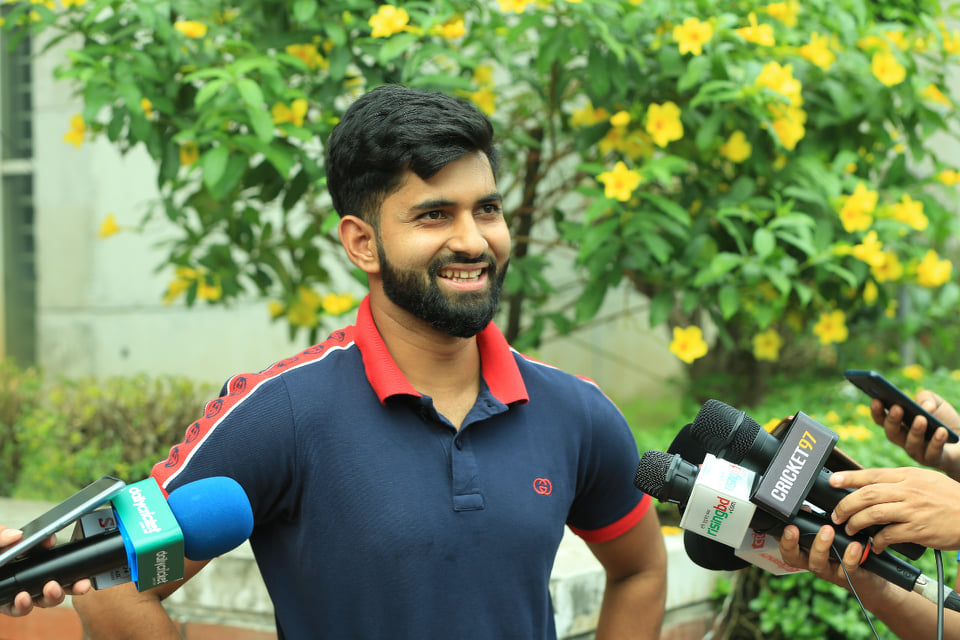 Bangladesh promising all-rounder Shamim Hossain, who was included in the T20 World Cup squad stated that he doesn’t have any specific goal ahead of the global event rather he’s taking the stage as a challenge.

The 21-year-old is determined to do well and feels taking part in the World cup is a huge thing as he will get to learn from the seniors. However, he believes it would be a huge challenge to play amongst world-class cricketers.

“There’s a lot to learn from the seniors, since I’m a young player. It's a big stage. There will be world-class players. I think it's a big challenge for me,” he said.

Under-19 World Cup winner, Shamim thinks that the real test will start in the T20 World Cup. As there is a big difference between the under-19 and national teams, but he is looking to use that experience.

“Since we were able to bring the U-19 World Cup now we will aim for the real-World Cup. In Sha Allah we are optimistic we deserve something better. I think there is a little difference. Since it is the national team. It’s different from the under-19s,” he added.