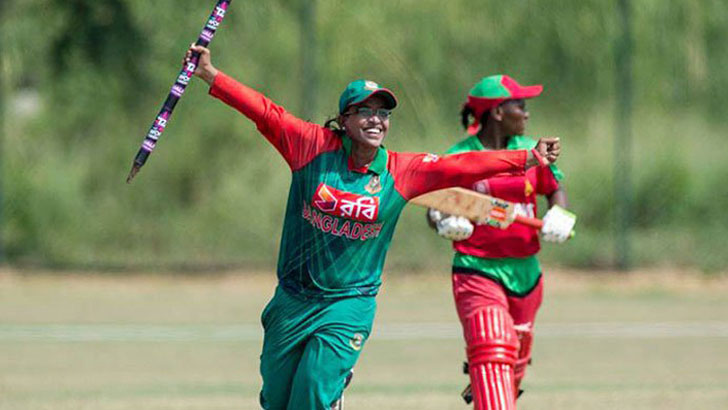 Bangladesh women's team ODI captain Rumana Ahmed believes that doing well in the ODIs against Zimbabwe would set momentum ahead of the ICC World Cup qualifiers, which will be held in Zimbabwe starting in November.

“We have not played there (in Zimbabwe) earlier so doing well against Zimbabwe in the ODIs will be a turning point for us as that will give us the momentum ahead of the qualifiers,” Rumana told Cricbuzz on Saturday.

BCB organized a month-long residential camp from mid-August to focus on skill and fitness in BKSP, while they have penciled in a three-match ODI series against Zimbabwe before the two sides enter the bio-bubble for the qualifying event to be played in the African nation.

“We had a one-month camp in BKSP and now we are on a 10-day break. Our next camp will start from September 20 and probably it will continue until we leave for Zimbabwe though I am not sure because we have not got the full schedule yet,” she said.

“We had a camp while we also played some matches and some of the girls performed well so in that way we can say that we are having a good preparation,” she added.

Bangladesh will take part in the 10-team Women’s World Cup Qualifier in Zimbabwe from November 21 to December 5 and the top three teams from the event will join five other teams in the main event of the 50-over World Cup in New Zealand.

“Yes (you can say that we are out of international competitive cricket) for quite some time) and that will be one of our major challenge and we have to overcome it by playing with full effort,” she said.

“We know that we have to beat teams like West Indies, Pakistan and Sri Lanka if we want to play in the World Cup and we are getting mentally ready to achieve it because we are working very hard in the camp to make sure we fully prepared and overcome the challenge and earn a spot in the World Cup as that is our first goal at the moment,” she added.

The bilateral series will be Bangladesh’s first international assignment since the T20 World Cup held in Australia in February-March last year.