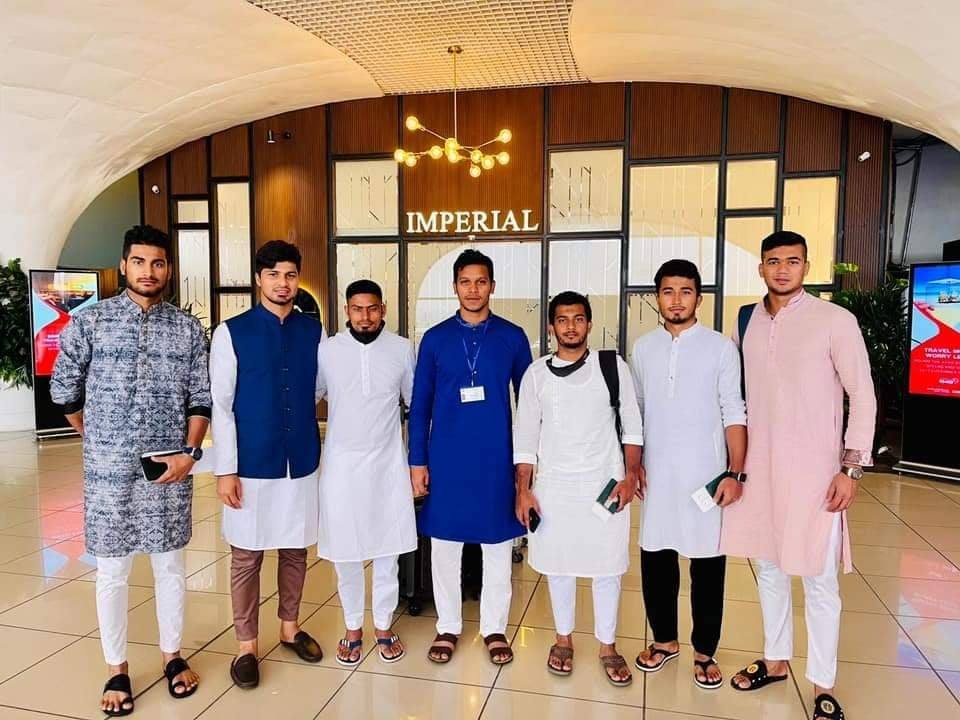 As the New Zealand series is over, Bangladesh has no more games before next October, while seven Bangladesh national team cricketers have departed Dhaka to perform the holy Umrah before the upcoming T20 World Cup.

They left Dhaka for Saudi Arabia from Hazrat Shahjalal International Airport at 2.30 pm on Thursday (September 18). After completing Umrah, these seven cricketers will return home on September 21.

The players will have the opportunity to spend vacation time more than a week after back from Umrah. After the holiday, they will join the T20 World Cup camp.

Meanwhile, Bangladesh is scheduled to go to Oman on October 4 to camp for the World Cup.

In addition to the conditioning camp, the Tigers are scheduled to play two or three warm-up matches. Their potential opponents are hosts Oman, Sri Lanka and Scotland.

Meanwhile, Mahmudullah Riyad's team will have to overcome Oman, Papua New Guinea and Scotland in the qualifying round and get a place in the main round of the World Cup.