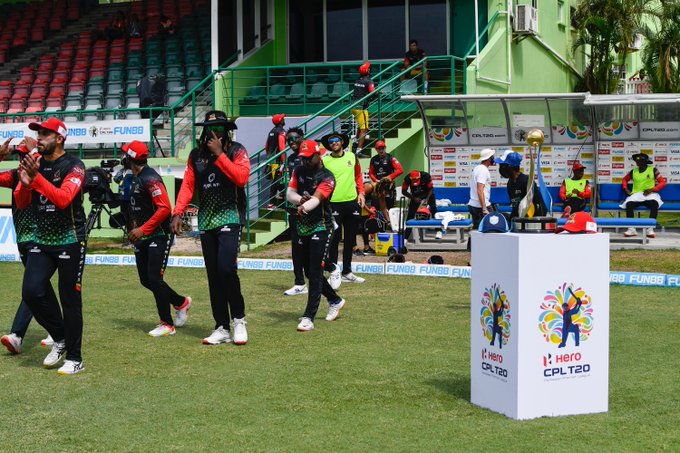 Drakes, 23, was promoted to six in the batting order as his team chased down St Lucia Kings' 159-7 off their 20 overs to win by three wickets.

On his home ground, he made his runs off 24 balls with three boundaries and three sixes after his team were left stunned by the dismissal of superstar Chris Gayle for a two-ball duck at the top of the innings.

In a thrilling finale, Drakes hit the winning runs off the last ball as his team, who looked down and out on 95-5 at one stage, celebrated.

"I just tried to hold my nerve but I think my dad was more nervous than me," he said.

For St Lucia, it was a second successive defeat in the final of the T20 franchise tournament.

They had been indebted to West Indies stars Rahkeem Cornwall and Roston Chase, who both made 43, for the bulk of their runs with Keemo Paul blasting five sixes in his 39.

Joshua Da Silva (37) and Sherfane Rutherford (25) steadied the ship but when skipper Dwayne Bravo went for just eight in the 14th over, the Patriots' hopes looked doomed until Drakes had the final say.