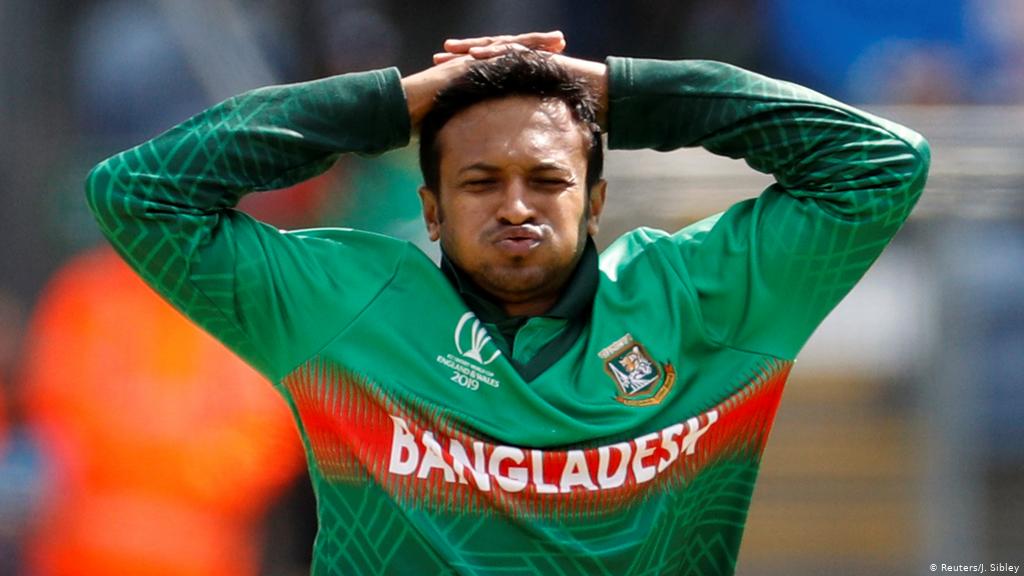 Shakib Al Hasan could not find himself with the bat and ball in the T20 series against recently concluded New Zealand. As a result, he has lost the top spot in the all-rounders' rankings in this edition. Mustafizur Rahman has improved on the bowler's list.

The ICC released a weekly update of the rankings on Wednesday considering the performance of last week's international matches. While Shakib has dropped his place in the list of T20 all-rounders with 275 rating points, Mohammad Nabi of Afghanistan has gained the top spot with 285 points.

Mustafizur Rahman scaled two spots to No.8 after a brilliant four-for in the fourth T20I that reduced New Zealand to just 93.

Nasum Ahmed bagged a four-wicket haul of his own in the same game which saw him gain a massive 25 places to become the 15th ranked T20I bowler in the world.

Mahedi Hasan has taken 20th place in bowler's list, which is his career best ranking.

Bangladesh skipper Mahmudullah's fine batting displays in the final two T20Is has helped him break into the top 10 of T20I all-rounders rankings, tied with Kenya's Collins Obuya at No.10 with 130 rating points.