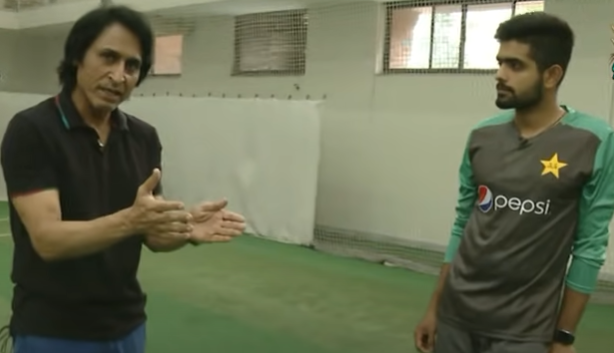 Ramiz Raja, the newly appointed chairman of the Pakistan Cricket Board (PCB), believes it is "too early" to evaluate Babar Azam, but said he has similar expectations for the Pakistan captain as he did for Imran Khan.

Ramiz Raja, the 1992 World Cup winner, was unanimously and unopposed elected as the PCB's 36th Chairman for a three-year term on Monday. Ramiz also stated that he must first get to know Babar and his new role before making any future decisions.

"I did a couple of sessions with him and told him that if you don't have 400 autograph hunters outside the academy then the whole objective to play cricket has failed,”

"I want a leadership like the one I played under in my era. My expectations for Babar are the same as I had with Imran Khan," he added.

Ramiz Raja also announced plans to launch an U19 T20 league to develop cricketers from the earliest stages in order to further strengthen the age-group structure and ensure that young cricketers are fully equipped for modern-day cricket.