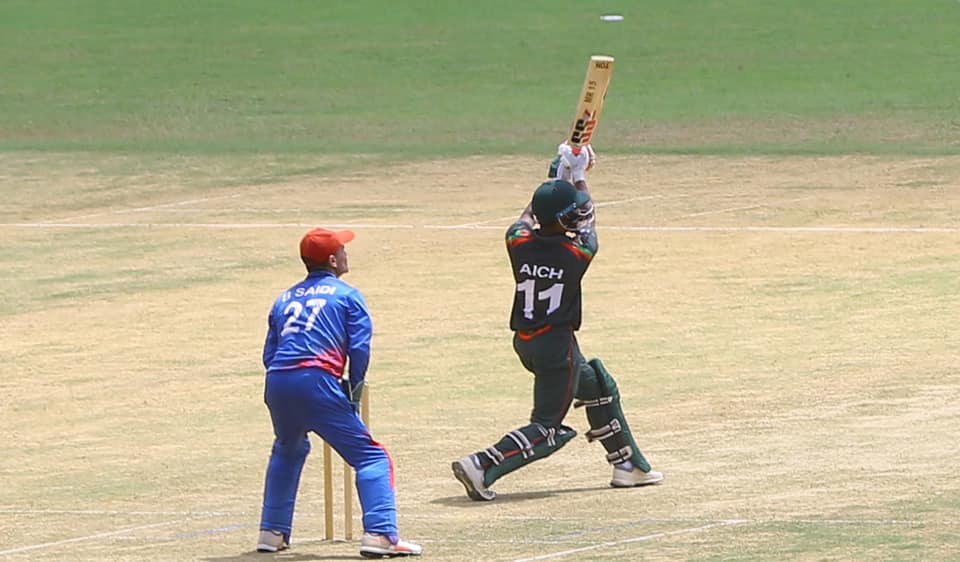 Bangladesh U-19 sealed the ODI series 3-0 against Afghanistan-19 by clinching a 121–run win in the third match at the Sylhet International Cricket Stadium today.

Naimur’s fifer and Aich Mollah’s ton helped the young tigers register triumph over Afghans, as they skittle on 101 runs in 39.4 overs.

Opted to bat first, Bangladesh failed to make a good start as the side lost early wickets, then Aich Mollah and the opener Mofijul Islam aided by putting a 61 runs partnership for the third wicket. Mofizul scored 27 runs before returning to the dressing room putting 67 for 3 on the board.

Then Aich stood alone and rescued the side when they kept losing wickets at a regular pattern. Aich played a knock of 108 runs off 130 balls struck eight fours and four sixes.