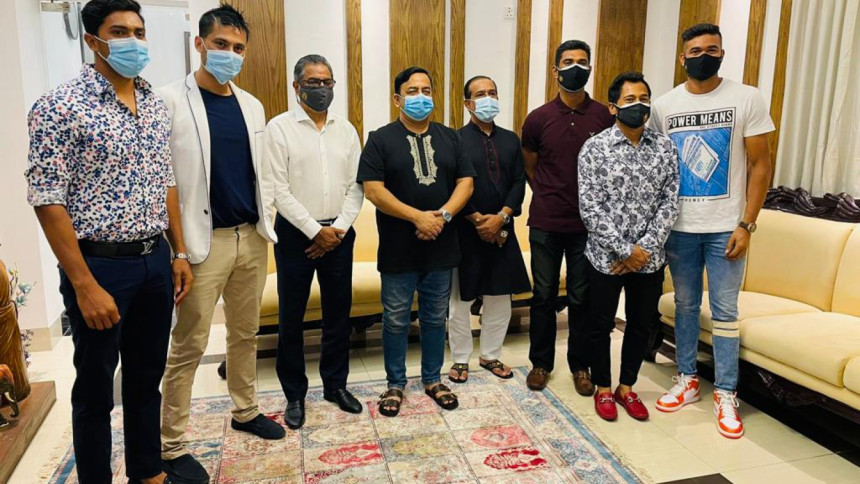 The cricketers will join ace all-rounder Shakib Al Hasan and pacer Taskin Ahmed as teammates, who played the last season at Mohammedan.

Mahmudullah believes Mohammedan has formed a strong side for the upcoming season, as they have added many experienced names. He is hopeful to become the champions of the season.

"The mission is to play for the championship. As you can see me, Mushfiqur, Soumya and Taskin are here and Inshallah Shakib will join. Mohammedan have formed a strong team with good players and if we can perform, hopefully can become champions,” Riyad said.

“Mohammedan is a big name in domestic cricket and I have previously featured for Mohammedan too. It will be my second year at Mohammedan and hopefully we will be able to give the supporters the gift of becoming champions," he said.

Mushfiqur who had featured for arch-rival Abahani Limited in the last season said they will fight to win the championship.

"DPL is certainly the number one league and everyone knows the reputation of the tournament and how competitive it is. Mohammedan is certainly on of the top clubs and although they haven't found success in the last few years and this year they have tried to get a few good players,”

“I feel lucky and honoured that they have signed me and we hope to win the championship. While winning is also a matter of luck, I feel that we have the players needed to fight for the championship," Mushfiqur said.

Shakib might not stay available for the whole season, however, he will be seen as a consultant for the side, confirmed by the director of the club AGM Sabbir.

“About Shakib… as you can see that team India has appointed Mahendra Singh Dhoni as a mentor for the T20 World Cup. So Shakib's presence is important. I can't guarantee that Shakib will be able to play all the matches or not,” said AGM Sabbir.