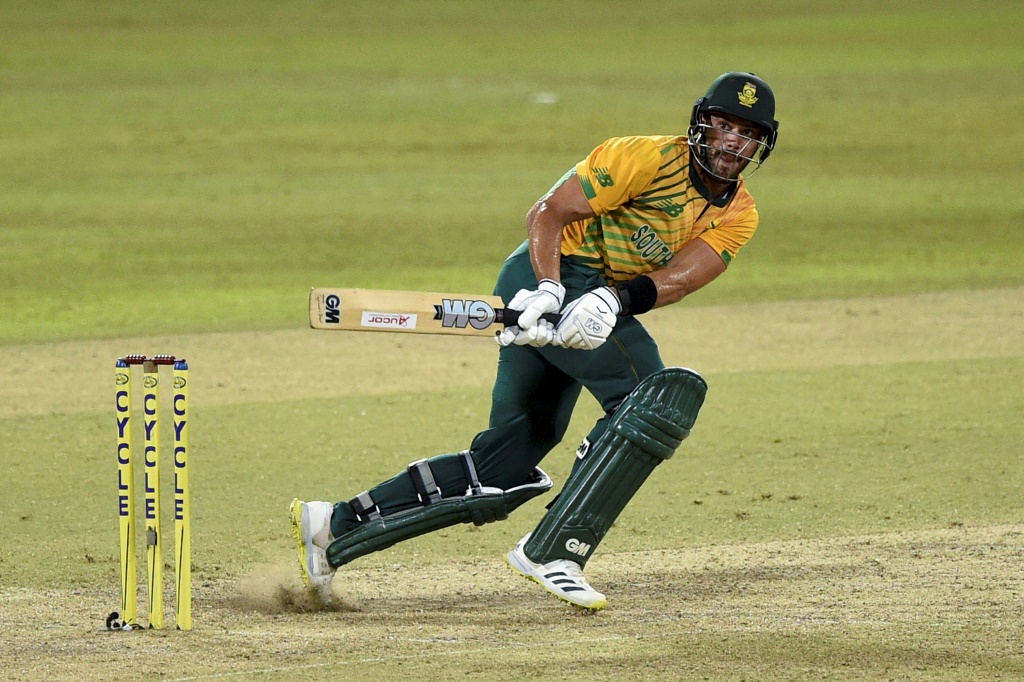 Disciplined bowling and a quickfire 48 by Aiden Markram helped South Africa beat Sri Lanka by 28 runs in the first Twenty20 international on Friday.

Markram's 33-ball knock guided South Africa to 163-5, a total they defended by restricting Sri Lanka to 135-6 to lead the three-match series 1-0 in Colombo.

Skipper and left-arm spinner Keshav Maharaj led the bowling with impressive figures of 1-19 on his T20 debut to flatten the Sri Lankan batting despite a career-best unbeaten 66 by Dinesh Chandimal.

Markram set up victory with his attacking innings laced with one four and two sixes to add to the South African total after they elected to bat first.

Openers Quinton de Kock (36) and Reeza Hendricks (38) set the tone with a stand of 73 before losing their wickets to leg-spinner Wanindu Hasaranga.

Markram put on 65 runs off 35 balls for the fourth wicket with David Miller, who hit 26 off 15 deliveries, to take the attack to the opposition bowlers.

Sri Lankan skipper and medium-pace bowler Dasun Shanaka broke the partnership with Markram's wicket in the penultimate over to check the South African surge.

Sri Lanka lost wickets at regular intervals in their chase with Avishka Fernando run out for 11 and Maharaj getting Bhanuka Rajapaksa out lbw for nought.

Chandimal then played a valiant innings to record his sixth T20 half-century and surpass his previous best of 58. He hit five fours and two sixes in his 54-ball knock.

The second match is on Sunday at the same venue.