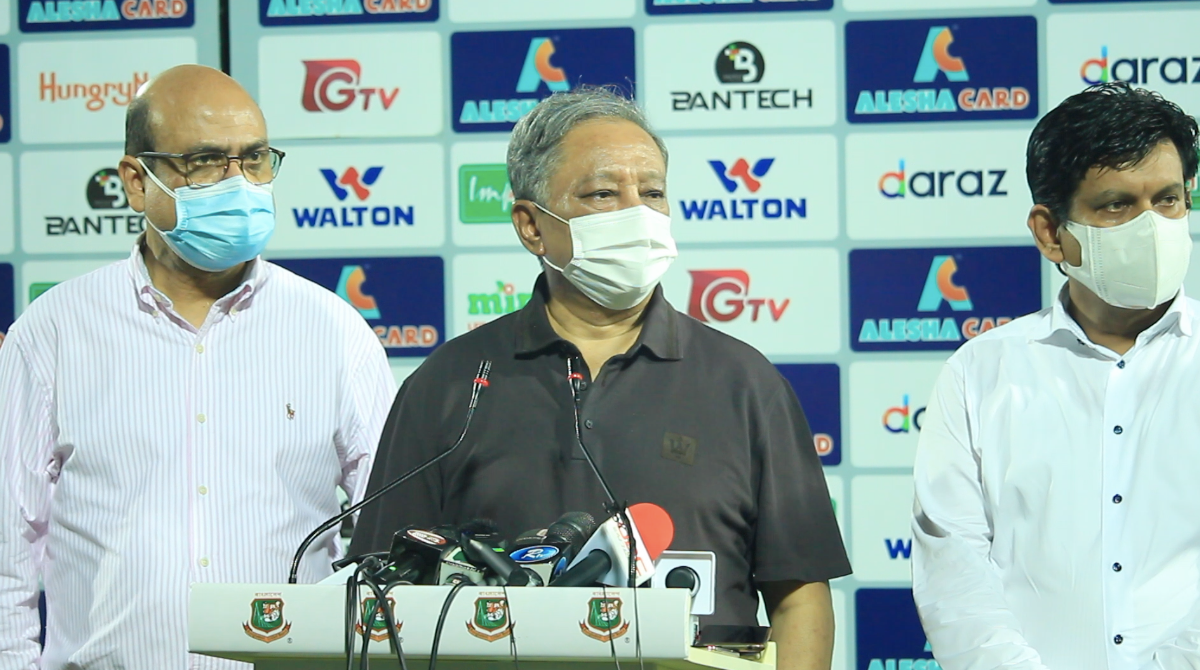 Bangladesh Cricket Board (BCB) president Nazmul Hasan Papon stated there is no feud between Bangladesh T20I captain Mahmudullah Riyad and ODI captain Tamim Iqbal that he is aware of.

On September 1, hours before Bangladesh took the field against New Zealand in the first T20I, Tamim revealed on Facebook that he was unavailable for selection for the forthcoming T20 World Cup. Tamim's choice was acknowledged by the board, and the left-handed pitcher was finally left out of the Tigers' 15-man World Cup squad.

Even though Tamim indicated that the main reason for his decision was to allow the other openers a fair chance, such a surprising decision from the country's finest opener sparked outrage in the media and among fans. There were also rumors that Mahmudullah did not want Tamim to be a part of his World Cup T20 team.

"First of all, there is no way [for me] to be around the team due to the bio-bubble. But still, as far as I have seen, I did not see any problem between them [Tamim and Mahmudullah]," Papon said while speaking to the media after Bangladesh's fifth T20I against the Kiwis today.

For the Tigers' previous two tours, the BCB had selected two team leaders to oversee the squad's play and overall demeanor. Jalal Yunus, the head of BCB's media committee, travelled with Tigers as the team leader in New Zealand in March-April this year, while BCB director Ahmed Sajjadul Alam Bobby toured with the squad as the team leader in Zimbabwe in July.

Even from these two squad leaders, the BCB president said he had not heard of any rupture between Tamim and Mahmudullah.

"I asked Jalal [Yunus] bhai, who went with the team [in New Zealand last April]. I also asked [Ahmed Sajjadul Alam] Bobby bhai about this. No one said there is a problem between them [Tamim and Mahmudullah]. So, there is no reason to comment on this anymore," added BCB boss.

Hassan further stated that he had never asked Tamim to reconsider his choice not to participate in the T20 World Cup.

"Me asking Tamim to review and change his decision -- no such incident happened. This is totally wrong information,"

"Tamim took this decision after discussing everything with me. Everything he did, he had discussed it with me. So, how can I ask him to review his decision? I had already given him my consent. But the [Mahmudullah] Riyad incident [his retirement from Test] was totally unexpected to me," he added.