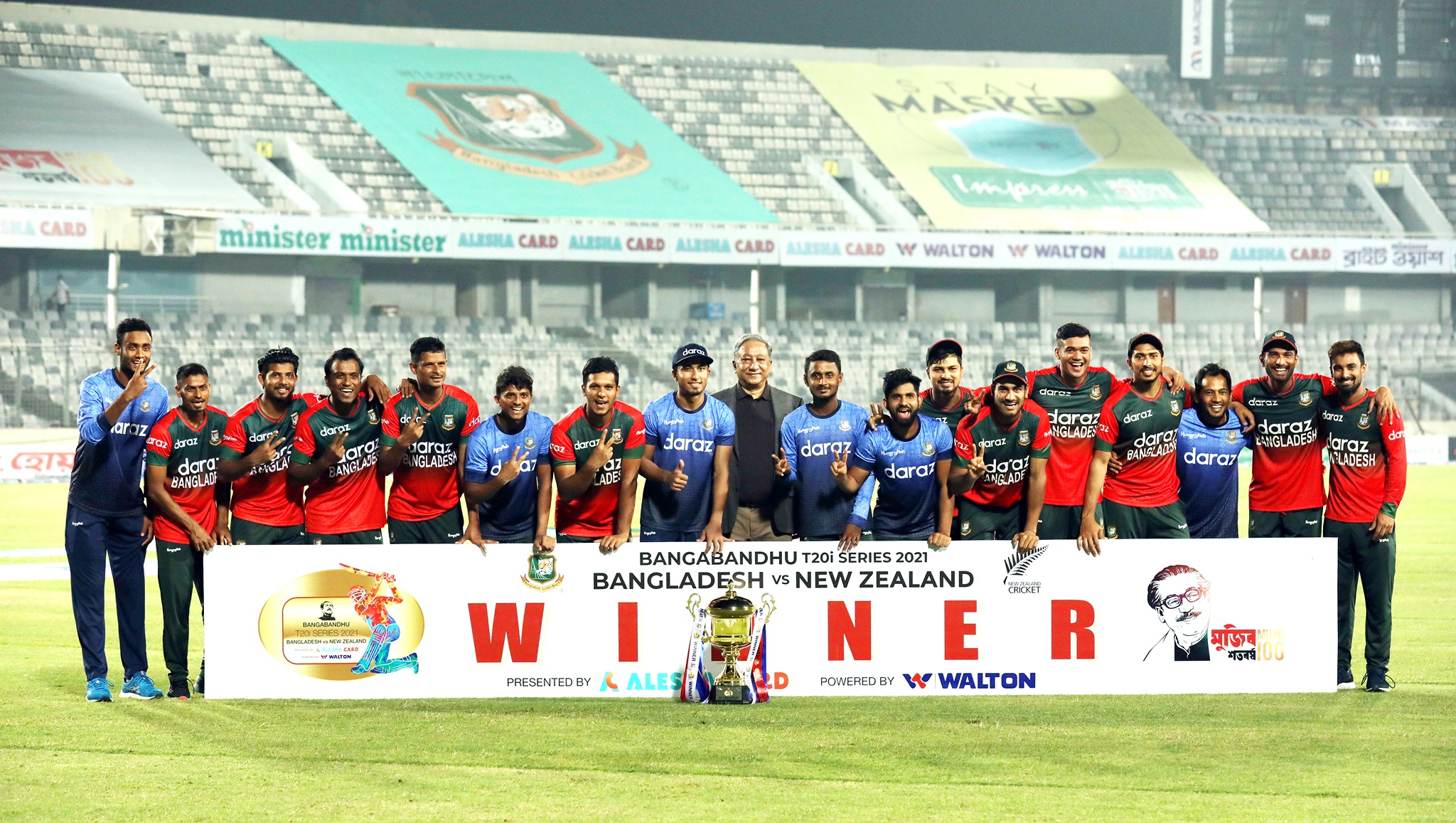 After the Tigers won the five-match T20I series 3-2 against visiting New Zealand, Bangladesh captain Mahmudullah hailed his bowlers but also stated that the batsmen should have stepped up to produce more positive results from the series.

Bangladesh's struggles with the top-order got exposed once again as they conceded a 27-run defeat to finish the five-match series on Friday but the Tiger skipper happy with the series win.

“Disappointed at losing, but they played well and got a good score which we couldn't chase down. But we are happy to have won the series. Bowlers did well, performed well but we didn't finish well with the bat, they (bowlers) bowled their hearts out,” Mahmudullah said after the match.

“We didn't start well with the bat. In the middle part, me and Afif got a good partnership, but they (New Zealand) bowled well in the end. Overall we have played good cricket to win three series in a row and it's a good feeling. Hopefully, we'll perform well in the upcoming T20 World Cup and win a few games” he added.

New Zealand skipper Tom Latham (159 runs in five innings) and Bangladesh spinner Nasum Ahmed (eight wickets) were adjudged player of the series. The Kiwi captain was delighted with his team’s performance as the young and inexperienced New Zealand team fought hard and won two matches out of five in this challenging condition.

“It's great to finish the tour on a high and we were able to place all the pieces together after coming close in the first four games of the series. It was a good surface to bat on, the openers set the platform, they played with freedom and allowed the middle-order to take their time and finish well in the back-end," said Latham.

“The bowlers have been fantastic all through the series and again they showed their learning from the previous games. Hopefully, we'll take some positives going into the Pakistan tour - which is another opportunity for the guys.”