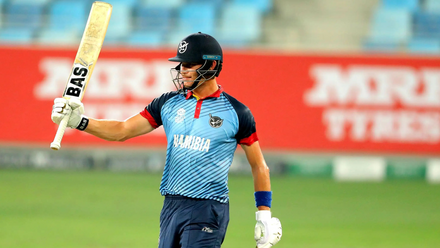 Namibia have named their 16-member squad for the upcoming T20 World Cup starting in Oman and UAE from October 17.

The fast-bowling all-rounder has played six ODIs and 20 T20Is for South Africa, qualified to play for Namibia on the basis of first descent as his father was born in that country.

Namibia will play in the qualifiers in Group A of the First Round, the side will be led by Gerhard Erasmus.

They will take on Ireland, Netherlands and Sri Lanka in Group A of the First Round of the competition.