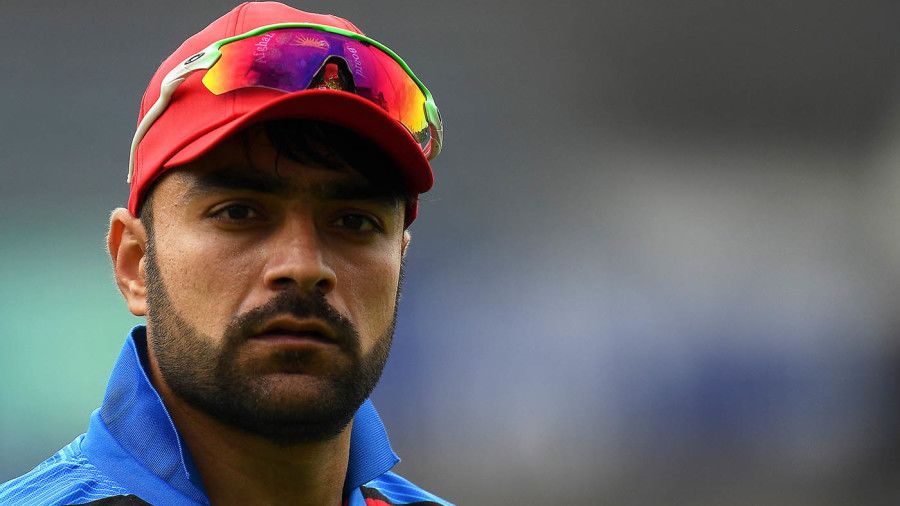 Rashid Khan stepped down as Afghanistan's T20 international captain on Thursday, saying he was frustrated not to be consulted in the selection of the first national team to be named under the new Taliban regime.

The 22-year-old Rashid, appointed skipper in July, announced his resignation just minutes after the Afghanistan Cricket Board (ACB) named their 18-man squad for next month's T20 World Cup.

The event is scheduled for October 17-November 14 in the United Arab Emirates and Oman.

Khan, who also stepped down in 2019 after being captain for just three months, said he should have played a part in selecting the side.

"As the captain and responsible person for the nation, I reserved the right to be part of the selection of the team," tweeted Khan.

"The selection committee and ACB have not obtained my consent for the team which has been announced by the ACB media.

"I am taking the decision of stepping down from the role as the captain of Afghanistan T20 side effective immediately.

"It's always my pride playing for Afghanistan."

The decision will be another major blow to new ACB interim chairman Azizullah Fazli, appointed after the Taliban's takeover last month.

Rashid did not say which selections he was unhappy with.

Veteran wicketkeeper-batsman Mohammad Shahzad, who has not played international cricket since the 2019 one-day World Cup, was recalled, as were experienced fast bowlers Dawlat Zadran and Hamid Hassan.

There may have to be further cuts to the squad, though, as teams are limited to 15 players for the tournament.

Rashid is the world's number-three ranked T20I bowler and Afghanistan's most important player.

Earlier in the day, Cricket Australia (CA) threatened it would cancel a historic maiden Test match against Afghanistan unless the Taliban backtracks on a reported ban on women playing sport.

CA's reaction came after the deputy head of the Taliban's cultural commission, Ahmadullah Wasiq, reportedly said women would not be able to play cricket, or any other sport, under the new regime.

The first-ever Test between the two nations is scheduled to be played in Brisbane in November.