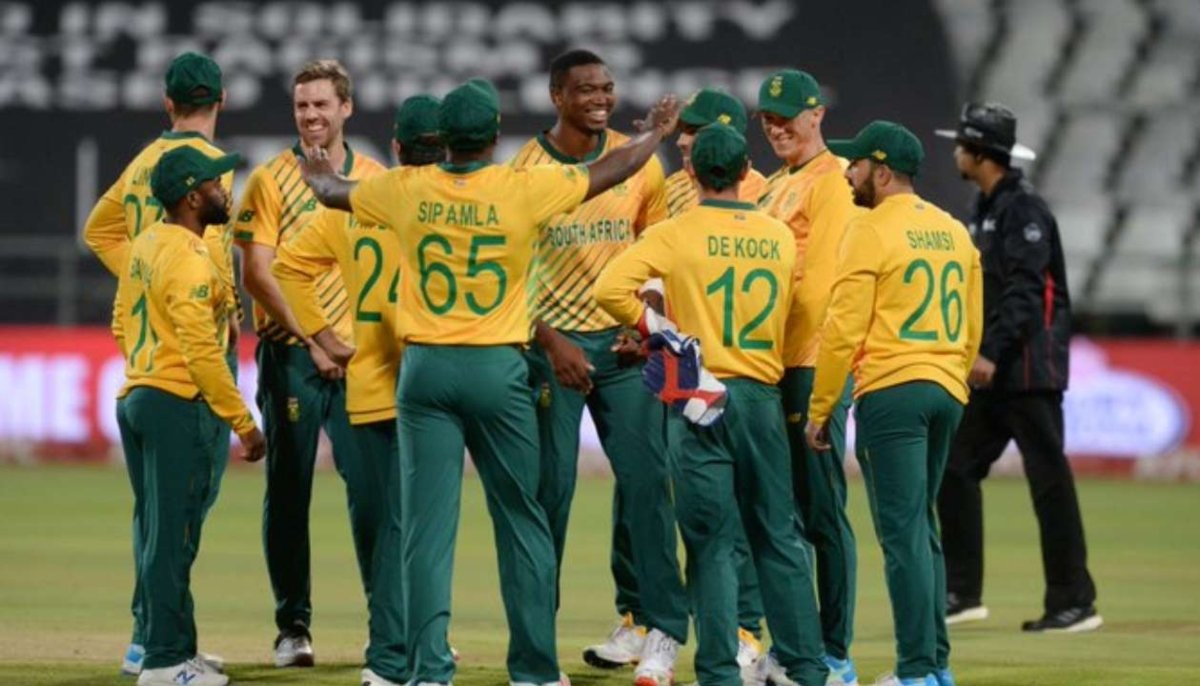 Temba Bavuma will lead a 15-man squad which CSA director of cricket Graeme Smith said was "a new group of players, with new heroes to be made."

The tournament will be played in the United Arab Emirates from October 23 to November 14.

Smith said talks had been held with 37-year-old Du Plessis but said it was not possible to reach agreement with the former captain who is now regarded as a "free agent" as he is no longer contracted to CSA.

"When you are working with free agents you have to come together. You have to find that balance that works for both the team and the free agents," said Smith.

"With Faf in particular we struggled to find that balance."

Although Du Plessis retired from Test cricket last year he said he was available for white-ball cricket and stated that he wanted to play in the next two T20 World Cups.

He confirmed to AFP before Thursday's announcement he remained available.

Morris, 34, signed a record US$2.2-million deal with Rajasthan Royals in the Indian Premier League earlier this year and is regarded as a leading T20 all-rounder.

Smith said leg-spinner Imran Tahir, 42, was another free agent whose participation had been discussed.

"He's had a great run and he's still being successful but we're very confident in the spin bowlers we have available."

Quinton de Kock, David Miller and Kagiso Rabada are the only players in the squad who played in the 2016 World T20 in India.