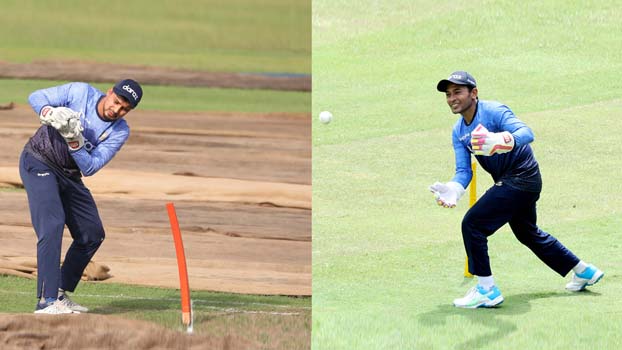 Bangladesh Cricket Board (BCB) today announced a 15-men squad for the upcoming T20 World Cup, which is scheduled to begin on October 17.

Mushfiqur, Bangladesh's regular choice behind the stumps in shorter forms, has stated that he is unwilling to continue keeping wickets in T20Is after head coach Russell Domingo stated that the wicketkeeping responsibility for the present New Zealand series would be split between Nurul and Mushfiqur.

However, BCB chief selector Minhajul Abedin stated that selecting a wicketkeeper for the playing eleven will be totally up to the team management.

"It is team management's decision to pick the keeper [in the playing eleven]," said Minhajul today during a press conference after naming the World Cup squad.

"There are three wicketkeepers in the squad and the team management, as they deem fit, can play any of them as the wicketkeeper," Minhajul added.

Bangladesh have been placed in Group B alongside Papua New Guinea, Scotland and Oman in the Round 1 of the T20 World Cup. Tigers will begin their World Cup campaign against Scotland on October 17.