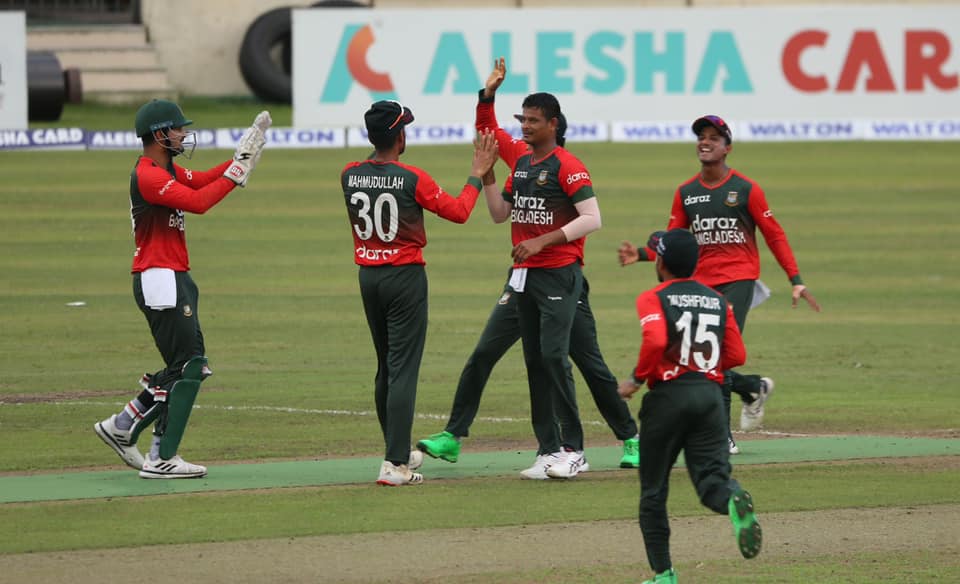 Nasum Ahmed, the left-arm spinner who spearheaded the Tigers' outstanding bowling display with four wickets to seal the fourth match and the series 3-1 against New Zealand in Mirpur on Wednesday, says winning games is giving the team a lot of confidence ahead of the T20 World Cup.

“I enjoyed Allen’s wicket most. I have taken Grandhomme’s wicket thrice in the series. But Allen’s wicket gave me the most joy. He tried to play a reverse sweep and I bowled a bit quicker and he mistimed. Even I targeted his wicket in the last match. He is my debut wicket,” he said.

“I have received a lot of support from the team. Captain and experienced players are giving me a lot of advice and support. I have shared a lot of things with the coach as well. He advised me to bowl a bit slow on this kind of wicket. I applied that in the match and it worked,” Nasum concluded.

The fifth and final match of the series will be played at the same venue Friday.