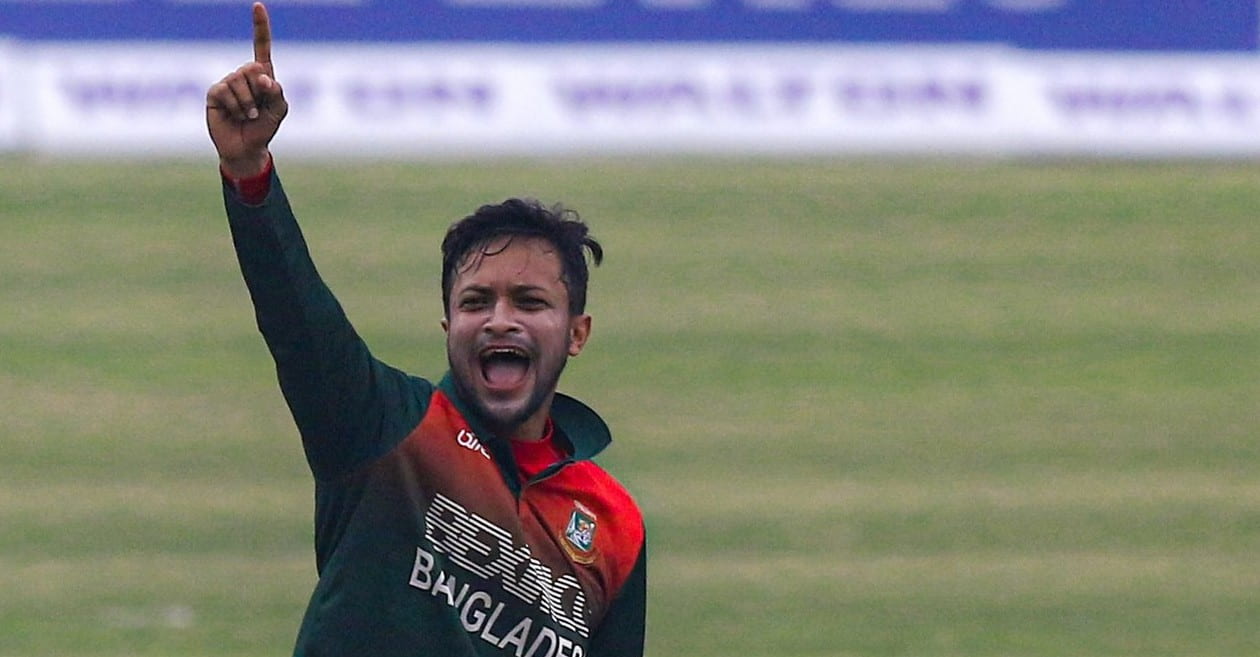 Bangladesh star all-rounder Shakib al Hasan has returned to the top ten in the ICC Men’s T20 bowler rankings after two years. Shakib is now at number 9 with 628 rating points in the table.

Bangladesh pacer Mustafizur Rahman has also retained his position in the top ten with 614 rating points. Meanwhile, Mahedi Hasan has made a big leap in the rankings as he has climbed to number 24 from 91 with 536 rating points.

South Africa’s Tabraiz Shamsi is at the top of the T20 bowlers' rankings. Following that Wanindu Hasaranga is at number 2 with 764 points and Rashid Khan 719 points in the third position.

Two Australian spinners Ashton Agar and Adam Zampa have improved in the rankings standing ahead at number 7 and 8.

Shakib is two wickets away to create a history of being the highest wicket-taker in T20I cricket history.

The southpaw needs only one wicket to equal Lasith Malinga's tally of 107 wickets to become the joint-highest wicket-taker in the history of T20Is. He has scalped 598 wickets in 87 matches.