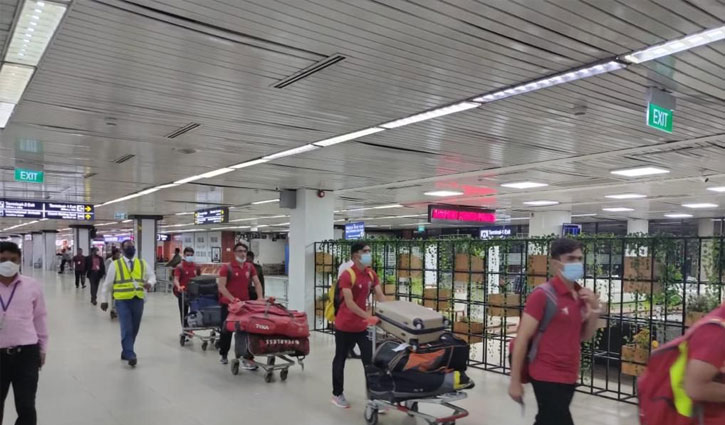 "All the members of the Afghanistan contingent tested negative in the first round of screening. But three of them have tested positive in the second round. They have been kept in isolation at the hotel. We hope the results are false positive," an official of the Bangladesh Cricket Board (BCB) confirmed the matter to media.

Bangladesh Under-19 squad is scheduled to be played against Afghanistan in the first ODI on September 10. The remaining matches will take place on September 12, 14, 17, and 19. On September 22, the only four-day match will commence.

This will be the first bilateral series between the Bangladesh Under-19 squad and the United States.

The Afghanistan team's players and crew arrived in Pakistan's Peshawar via road, then flew to Dhaka via Dubai.

They flew straight to Sylhet, where they are currently quarantining. The Sylhet International Cricket Stadium will host all of the series' matches.