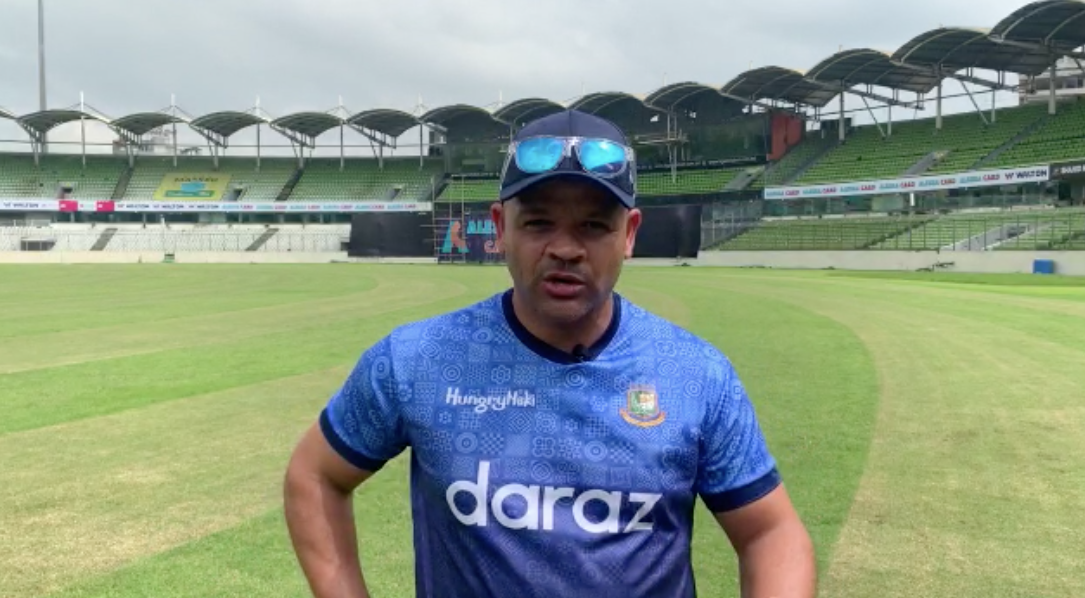 Bangladesh batting coach Ashwell Prince believes the batsmen's aggressive batting mentality led to the batting failure in the third T20 of the series against New Zealand. He also stated that chasing 129 runs was not impossible.

The batsmen of both sides have struggled on the Mirpur surface in the recent Australia series and the ongoing New Zealand T20I series.

After the wicket of Liton Das in the third T20, the batters attempted to continue batting aggressively. According to Prince, the aggressive batting has resulted in a 52-run defeat.

“I think we could have been more responsible while chasing the target. We got off to a good start. Naim hit one boundary in the first over, Liton played two boundaries in the second over and had 20 runs at the end of two overs. We lost wickets quickly in the next 3-4 overs,” Prince said in a video message on Tuesday.

He added the batters could have chased down the target if they were more careful with the bat.

“We batted much more aggressively. I don’t think the pitch changed too much. The score was 129 runs. I think we could have chased the runs if we were a bit careful,” he said.

Prince advised the batsmen to take more singles on such pitches and concentrate on maintaining a run rate of six.

“The wicket isn't very quick. On such wickets, there aren't many boundaries. As a result, the strike should be rotated, and the run rate should be maintained at 6. We must ensure that the required run rate is not too high,” he added.