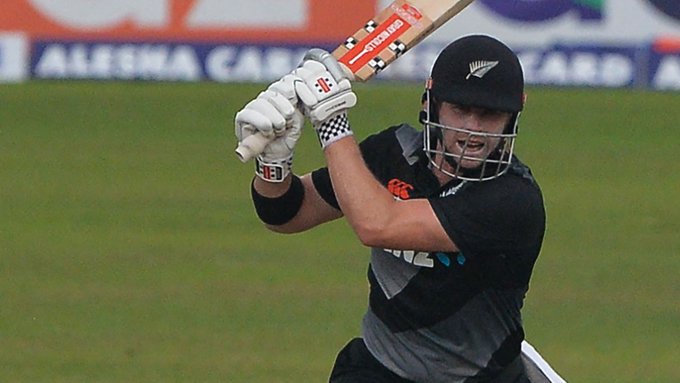 After losing the first and second T20I of five match series visitors New Zealand bounced back in the third match against Bangladesh, won the match by 52 runs. Bangladesh in pursuit of 129 were all out for 76 with two balls to spare as New Zealand defended their third lowest total in the format.

Middle-order batsman Henry Nicholls said in Mirpur wicket 120-130 is like 180 runs in their home ground.

Nicholls played an important role in the Kiwi’s victory as he and Tom Blundell stood firm in the middle to revive their innings after the tourists were reeling on 62 for five in 10.5 overs

The sixth-wicket partnership between Nicholls and Blundell remained unbroken on 66 off 55 balls.

“In here (Bangladesh) the conditions are completely different and tough. We knew it before we got here. In my opinion, there is a different style of playing T20 here. 120-130 runs here is equal to 180 runs in our country. The point for me is to find the best way down the middle order. Yesterday (Sunday) Tom and I (Latham) worked together to build the innings for some time,”

“It was good to be able to per score in the end. Those in our top order know that everything here will be different from the condition of the country. The aggressive game can be played in our country from the beginning. Where they can score 70-80 runs (in power play). But here it could be 30 or 40. The way Finn (Allen) dominated the opposition on Sunday gave everyone a sense of confidence” said Nicholls in a virtual conference on Monday.

The Kiwis now trail the home side 1-2 with the fourth and penultimate match taking place Wednesday at the same venue.