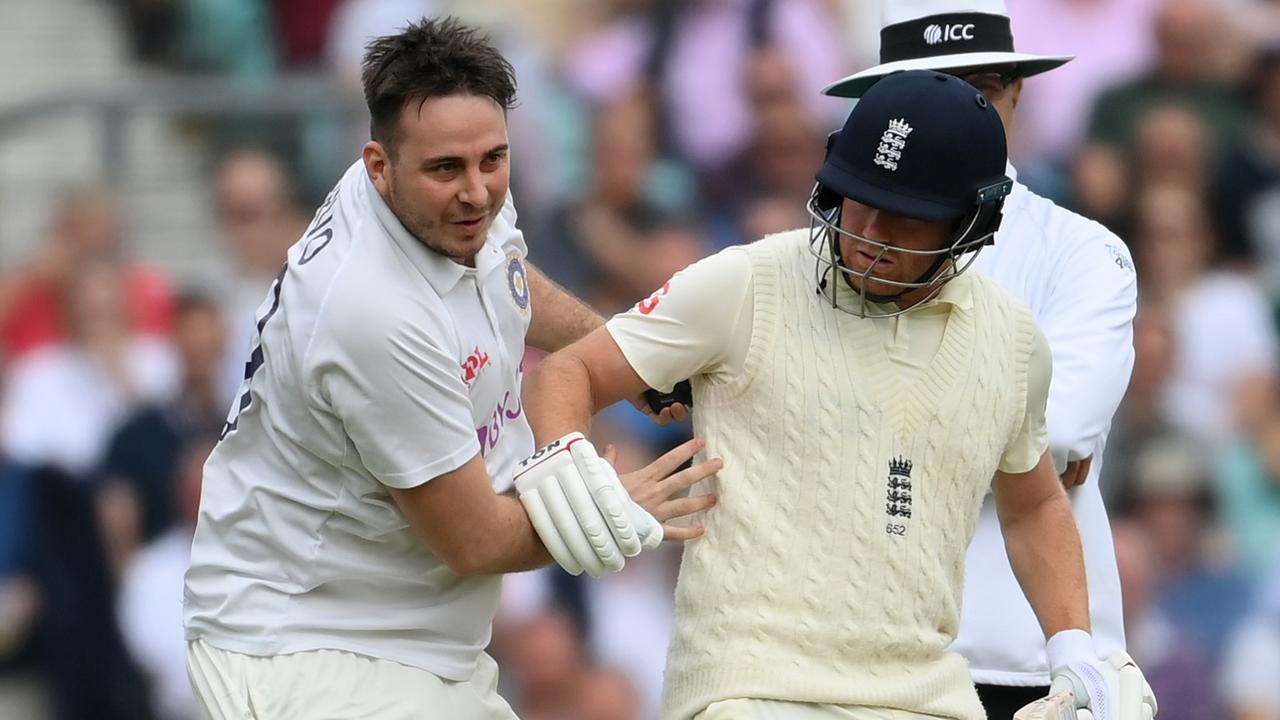 English Youtuber ‘Jarvo’, who entered the pitch during the ongoing fourth Test between England and India at the Oval on Friday has been arrested on suspicion of assault after clashing with batsman Jonny Bairstow.

The event occurred when he ran at England's Ollie Pope when he crashed into non-striker Bairstow before being dragged away by security staff.

He had already broken over security and run onto the pitch during the previous two Tests, prompting India captain Virat Kohli to have a serious conversation with on-field umpires.

"A man has been arrested on suspicion of assault following an incident at the Oval Cricket Ground on Friday, 3 September. He remains in custody at a south London police station," the Metropolitan Police said in a statement to British media.

In the second Test at Lord's the man invaded the pitch dressed in an India kit while in the third match at Leeds, he came out all padded up.

Former India batsman Wasim Jaffer and commentator Harsha Bhogle were dissatisfied with the prankster's actions and the security procedures at the venues.