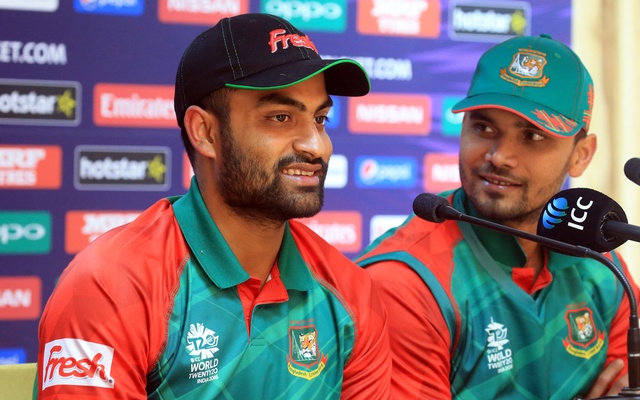 Former Bangladesh captain Mashrafe Bin Mortaza believes Tamim Iqbal's decision to remove him from selection for the forthcoming T20 World Cup in the UAE and Oman in October-November could be a positive decision for the left-handed opener as leader of the Bangladesh ODI squad.

Tamim, the country's most successful opener to date, stated yesterday in a Facebook post from his official account that he is withdrawing from the forthcoming T20I World Cup because he believes it would be "unfair" to other young players if he returned to the group.

"There are some decisions that change the landscape of a person's life. I think it is one such decision. And for this decision, whenever Tamim will step into the ground to lead Bangladesh [in ODIs], all the boys will give their all for Tamim," wrote Mashrafe on his personal Facebook page.

It would have been unfair to Mohammad Naim, Soumya Sarkar, or Liton Das, according to Tamim, if the southpaw had been included at the expense of any of these openers.

"I think Tamim took the decision after a lot of thought and we should respect that. This will reduce the state of uncertainty regarding the top order," added Mashrafe.

Tamim last played a T20I against Zimbabwe in March 2020. Bangladesh has played 11 T20Is since then, three during their tour of New Zealand, three away to Zimbabwe, and then the Tigers hosted Australia for five T20Is last month, all of which Tamim has missed due to injury or personal reasons.