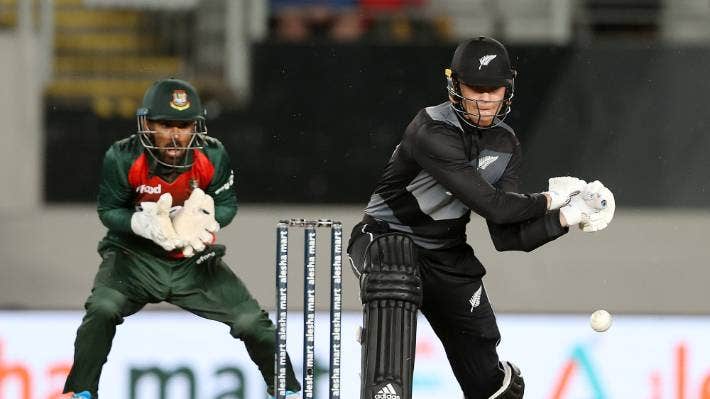 Finn Allen, the opening batsman of the New Zealand cricket team, tested positive for Covid-19 a day after his visit to Bangladesh. However, the cricketer came negative today [2nd September]. The New Zealand Cricket Board confirmed the matter in a press release.

Allen has been in isolation since he was infected with the coronavirus on August 24 after setting foot in Dhaka. He had very mild symptoms when he was infected. He is now joining bubble with the team from now.

“He has tested negative. He is very well now. Finn is an important member of our squad,” said Kiwi stand-in coach Glenn Pocknall.

Meanwhile, pacer Matt Henry arrived in Dhaka last Tuesday to replace Allen. He is now staying on a mandatory three-day quarantine. So he will be able to join the team in bio-bubble from tomorrow [3rd September]. But before that, he must be negative in the Covid-19 test.

New Zealand did not have a good start in the Bangladesh tour. They were all out for only 60 runs on the first T20I yesterday. This is their lowest total in T20. As a result. So Allen's presence will inspire the team even a little bit.

The visitors will take on Bangladesh in the second match of the five-match T20 series on Friday. The match will be played at the Sher-e-Bangla National Cricket Stadium in Mirpur.