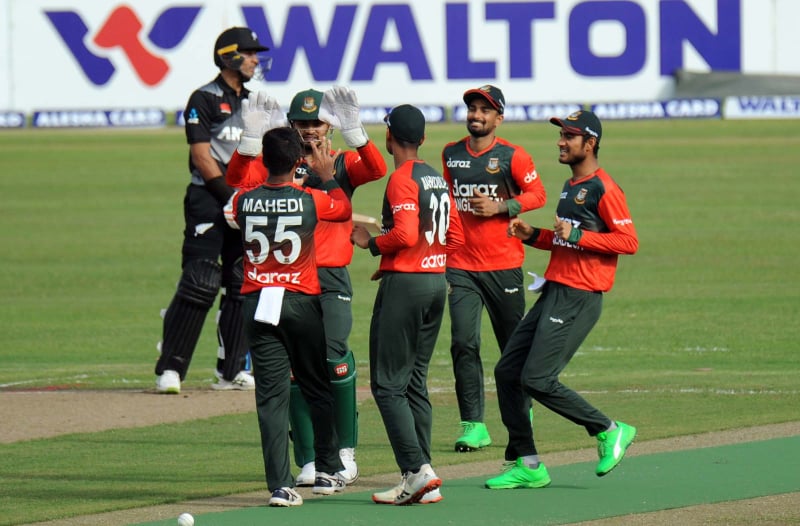 Bangladesh sealed the first-ever T20I win against New Zealand in the first of the five-match T20 series. The win took Bangladesh to the number seven of the ICC Men's T20 rankings.

Bangladesh have climbed three steps up to number seven by surpassing West Indies, Sri Lanka and Afghanistan in the point table.

Bangladesh thrashed Australia 4-1 in a T20 series earlier this month. Although there was no change in the position the victory against the Aussies increased the rating points by 12.

Bangladesh were in tenth place with 234 points, they gained 4 more points after the win against the Kiwis which propelled the Tigers to claim 238 rating points at the table.

If the Tigers can whitewash New Zealand in the T20 series, Bangladesh has a possibility to rise to the top five surpassing South Africa and Australia.

England leads the T20 standings with 278 rating points. India is ranked second on the list. At number three are Pakistan, New Zealand are currently at number four, following them are South Africa and Australia.