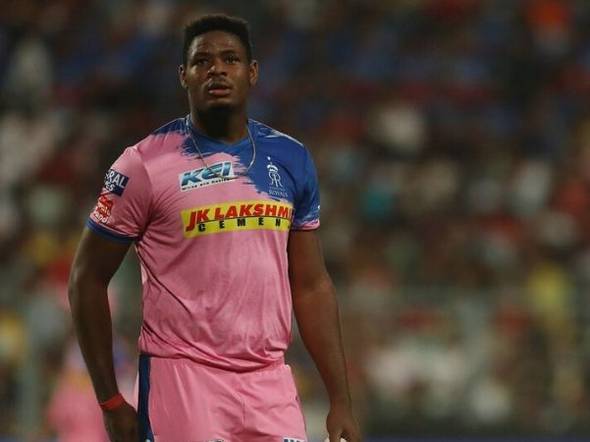 Rajasthan Royals (RR) have signed Evin Lewis and Oshane Thomas for the remainder of the 2021 Indian Premier League (IPL) which set to resume in UAE from September 19.

Opening batsman Lewis replaced England’s Jos Buttler, who has withdrawn from the second half of the competition to attend the birth of his second child, while fast bowler Thomas replaces Ben Stokes, as the cricketer decided to a break from cricket.

Both players are currently playing in the Caribbean Premier League, with Lewis representing St Kitts & Nevis Patriots and Thomas playing for Barbados Royals.

24-year-old Thomas made four appearances for the Royals in 2019, taking five wickets and bowling with an economy of 7.9. He has taken 61 career T20 wickets, 19 of which have come in his 17 T20I appearances for West Indies.

IPL was suspended on May 4 owing to an increase in Covid-19 cases in the tournament's bio-secure bubble and India.

The second phase of IPL will start in the UAE on September 19. Rajasthan Royals will resume their campaign against the Punjab Kings on September 21 in Dubai.