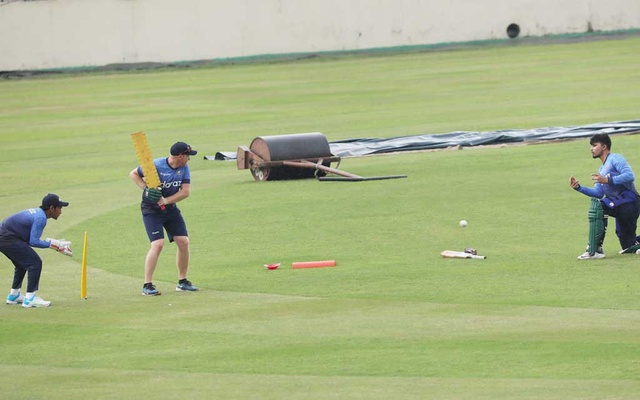 Bangladesh T20 captain Mahmudullah claimed that there was no turbulence in the team as Mushfiqur Rahim and Nurul Hasan Sohan shared the responsibility of wicket-keeping. The Bangladesh captain said that both the keepers have taken this decision positively.

Bangladesh coach Russell Domingo had revealed in a virtual press conference on Monday that Sohan will be the keeper in the first two matches of the series against New Zealand, while Mushfiqur will keep the next two matches. Then the decision will be made about the keeper of the fifth match.

There is a lot of discussion and criticism about this surprising decision and some believed it could create negative impact on the team.

However, Mahmudullah dispelled these fears at a virtual press conference on Tuesday, the day before the start of the series.

"The team are not at all affected due to the decision. Mushfiqur is a team man and a great teammate. He is happy to share the responsibility of keeping with Sohan. He is happy, Sohan is also happy. Sohan is keeping well, Mushfiqur is also great. Sharing the workload is good for the team,” said Mahmudullah.

“It’s absolutely fine. There is no difficulty. Honestly, both are happy. The team management is also happy. We don't have much of a say in these things - Sohan has done well in the previous series. Mushi [Mushfiq] has been extraordinary for years,” he added.

Mushfiq has played 86 international T20 matches so far as he did not keep only four of them. Sohan had done the job of those four games. Moreover, Sohan has played 23 T20Is and he did the role of wicketkeeper in all of them.