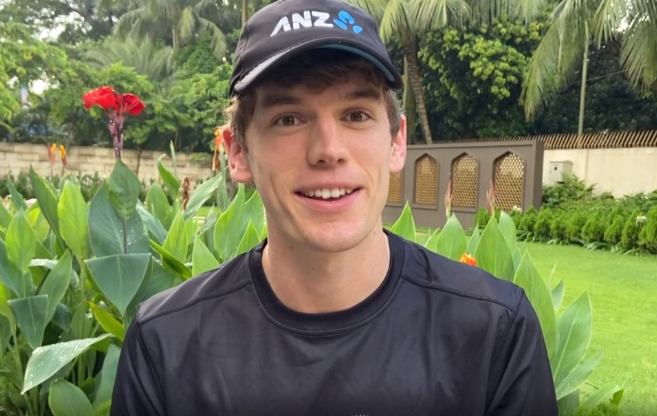 Ben Sears, a 23-year-old fast bowler from Wellington, is the newest addition to New Zealand's group of fast bowlers who can attain speeds of more than 140 kilometers per hour. 12 T20s played sears is currently visiting Bangladesh and waiting for his debut in the international arena.

However, he is starting his journey in the national team with such a tour, where speed is often a curse. Blessings for the batsmen to fast bowling in slow pitch of Mirpur, as proved by Mitchell Starc's bowling in the last series. Experienced and skillful bowlers like Starc have conceded a lot of runs here.

“You try to bowl fast but the wicket is different. The work here, it's different, you need to be smarter with it. The fast one sometimes in those nets feels like that's the one that might get smashed,” said Sears.

“So, it's just picking and choosing when to bowl and just maintaining variety. But yeah, certainly throwing hard, fast balls into the wicket, off cuter is helpful, so just mixing it up,”

This is not Sears' first visit to Bangladesh. He came to play in the Under-19 World Cup in 2016 along with Finn Allen and Rachin Ravindra who are also in the touring team this time.

However, Sears was able to play only one match in that U-19 World Cup. New Zealand lost that match against Nepal in Fatullah stadium as he conceded 50 runs in 8 overs and was wicketless. He got no chance to play in the rest of the series.