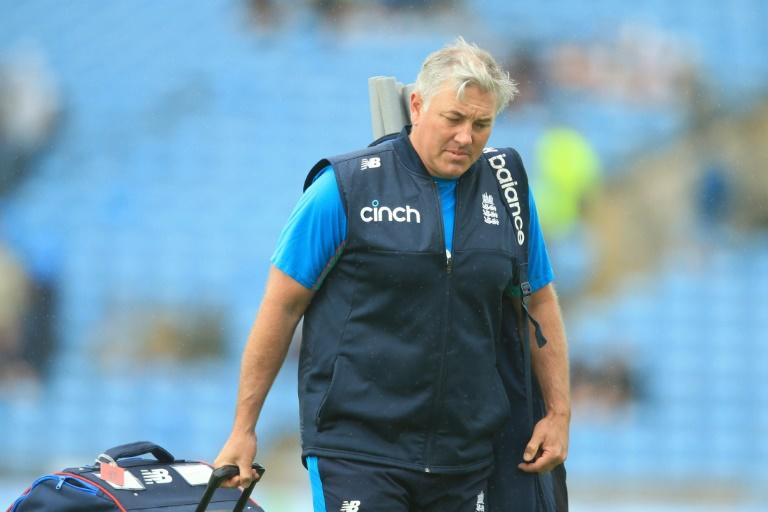 England coach Chris Silverwood believes his side's ongoing contest with India could prove to be one of Test cricket's most memorable series.

The teams travel to London for next week's fourth Test at the Oval all square at 1-1 in a five-match campaign after a rain-marred draw in Nottingham was followed by an excellent last-day win for India at Lord's before England hit back with a dominating innings-and-76-run victory in Leeds on Saturday.

India have already been involved in one classic encounter this year when an injury-hit squad recovered from the humiliation of 36 all out in the first Test in Adelaide to complete a 2-1 series triumph in Australia.

For England, the modern-day benchmark remains a 2-1 Ashes triumph at home to Australia in 2005 and Silverwood, asked Sunday if the current series could hit those heights, told reporters: "You'd hope so. Maybe it will be one of those series that we'll look back on and go 'wow, that was fantastic'.

"We know India are a very good side. They're difficult to beat, but what we're showing is we've the class to do that and match them."

Victory at Headingley saw pace great James Anderson continue to torment India captain Virat Kohli as the tourists were dismissed for just 78 in their first innings, while England skipper Joe Root, on his Yorkshire home ground, scored his third hundred of the series and sixth in Test cricket this year.

This result also ended England's run of seven Tests without a win, a sequence that started during a tour of India earlier this year, and saw Root, who has now overseen 27 victories as a captain, surpass Michael Vaughan as England's most successful skipper in the format.

Vaughan acknowledged Root's achievement in his Daily Telegraph column, but captain of the 2005 Ashes-winning team captain said his fellow Yorkshire batsman would need to match that feat in the upcoming series in Australia to confirm his reputation.

"I think he is growing and learning all the time," said Silverwood of Root. "That's a great characteristic for a captain to have: to reflect back honestly and make a difference."

"I think there's potential there for him to be one of the great England captains, yes. It's great that Joe has got that record, no-one can take that away from him now. Obviously, we're going to go to Australia and if we win there we can have this conversation again."

Silverwood, himself a former Yorkshire and England paceman, added: "To show my age, I used to play cricket against his (Root's) Dad -- when I was playing for Castleford he was playing Sheffield Collegiate.

"Seeing him become the most successful captain was superb -- something I've been looking forward to for a while."

England may have happened upon a winning side at Headingley more by accident than design, with Haseeb Hameed and Dawid Malan both making fifties after Silverwood -- now in charge of selection -- dropped both the struggling Zak Crawley and Dom Sibley.

"To be honest I feel lucky that I've got the players there that I can call upon to come in and do the job that they have," said Silverwood.

"I think life does throw you a few curveballs every now and again. We have been operating with a wider group of players because obviously Covid has allowed us to do that, which has been great. So I've had eyes on many more players, and when I've asked these guys to step up they have done."