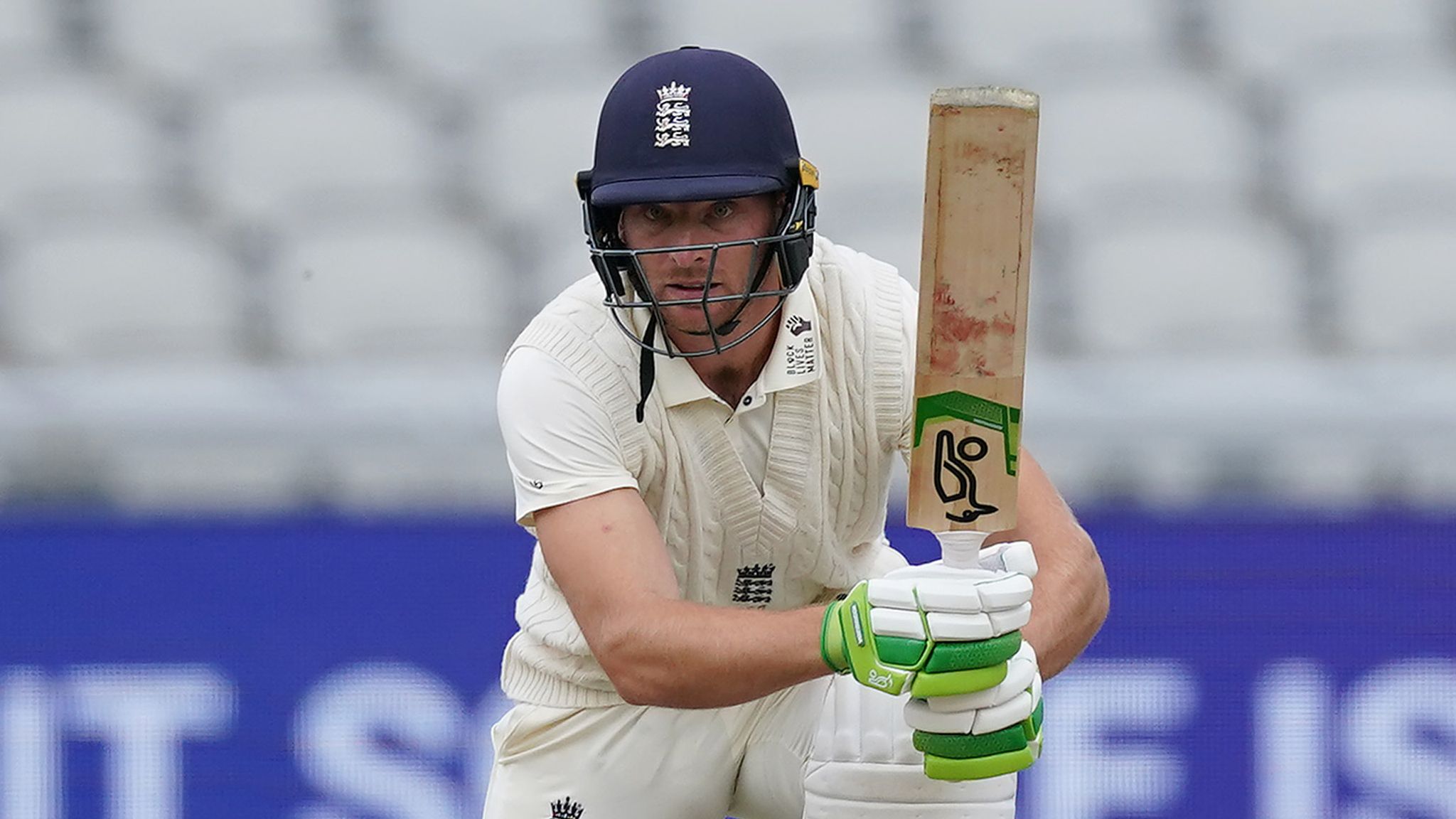 England wicketkeeper-batsman Jos Buttler will miss next week's fourth Test against India at the Oval because of the expected birth of his second child, but Chris Woakes has been passed fit to rejoin the squad, team management announced on Sunday.

Buttler, vice-captain to Joe Root in the ongoing absence of star all-rounder Ben Stokes due to mental health issues, has been short of runs in this campaign, with a highest score of 25.

But he has held 18 catches in a five-match series now level at 1-1 after England, with more than a day to spare, won the third Test by an innings and 76 runs at Headingley on Saturday.

Jonny Bairstow, selected purely as a batsman at Headingley, his Yorkshire home ground, will take over the gloves when England and India meet again in London on Thursday.

Bairstow has kept wicket in 48 of his 77 Tests, but it is two years since he has been behind the stumps at this level.

The son of the late England wicketkeeper David Bairstow, the 31-year-old has been a mainstay of the hosts' top five during the current series.

But the additional physical burden of keeping wicket could see Bairstow drop down to number six, leading to a recall for either Ollie Pope or Dan Lawrence into England's XI.

Sam Billings has been included in a 15-man squad as cover for Bairstow.

Pace-bowling all-rounder Woakes has not played a Test for over a year, largely due to fitness problems, but has been recalled after recovering from a recent heel problem.

"We would like to wish Jos and his family all the very best for the impending birth of their second child," said England coach Chris Silverwood on Sunday.

"Unfortunately, he will miss this Test, and we'll then see if he returns for the final Test at Emirates Old Trafford."

Silverwood, now also in charge of selecting the team, added: "Jonny Bairstow will take over wicketkeeping duties, which he is relishing. As we all know, he has the skills to seamlessly take over from Jos and the ability to score crucial runs in the middle-order if called upon."

Meanwhile, Silverwood welcomed Woakes back by saying: "It is very pleasing that we have Chris returning to the Test squad.

"He has bowled well over the past week with Warwickshire without any real concerns with his heel injury.

"He is an asset we have been missing both with the ball and his ability to score runs in the middle order. We are looking forward to seeing him prepare at the Oval as we go into back-to-back Tests."

Fast bowler Mark Wood, who didn't play at Headingley after suffering a shoulder injury while fielding during India's 151-run win in the second Test at Lord's, has kept his place in the squad.

"Mark Wood is making excellent recovery from his jarred right shoulder," said Silverwood, himself a former England paceman. "It is pleasing to have several options with our bowling stocks as we approach the latter stages of the series."

England squad for the fourth Test against India at the Oval, September 2-6: