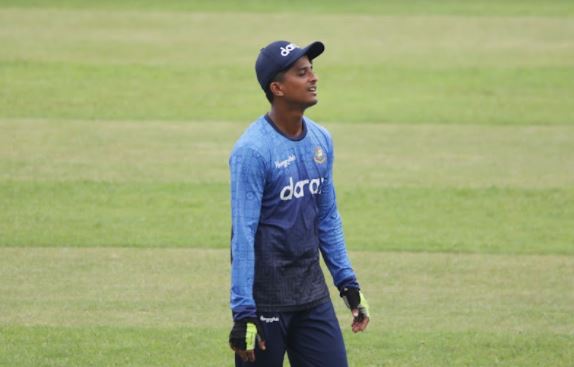 Bangladesh all-rounder Mahedi Hasan said in a video message on Sunday that a small contribution is important to the team, however, the right-handed batsman said he did not get much chance to bat at the top-order to score big.

Bangladesh cricket team began their practice after their mandatory quarantine period at Sher e Bangla National Stadium from Friday. After the practice session, Mahedi said he does not get much chance to bat at the top-order to play big innings.

The all-rounder said he would try to score big runs if he gets chances to play at the top during the upcoming series.

“Sometimes I have to play at the top, there is an opportunity, which I have not been able to use yet. There is a chance to score some runs in T20 there. I always try to give my best. I try to improve according to the management team,” he added.

Bangladesh are all set to face New Zealand in the five-match T20 series that will be held on September 1.