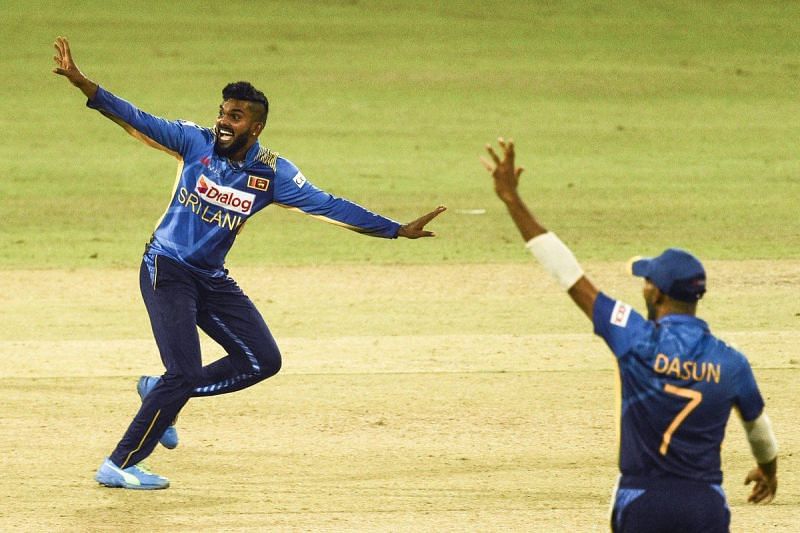 Sri Lanka’s Wanindu Hasaranga and Dushmantha Chameera have been issued a No Objection Certificate from Sri Lanka Cricket (SLC) to participate in the Indian Premier League (IPL) starting from the next month.

Royal Challengers Bangalore (RCB) had earlier announced in their official page the signing of Wanindu Hasaranga and Dushmantha Chameera for the remainder of the IPL. Both the players have been roped in as the replacements for Adam Zampa and Daniel Sams respectively.

"The permission for the players was granted by the SLC in consultation with the Technical Advisory Committee," SLC said in a statement.

"The 'No Objection Certificate' to the duo was issued for them to join the IPL teams starting from 15th September (following the completion of the South Africa Tour of Sri Lanka)," it added.

The IPL is all set to resume in the UAE from September 19. The second leg of the IPL will start with the arch-rivals Chennai Super Kings and Mumbai Indians. RCB will resume its campaign on September 20 when they will be up against Kolkata Knight Riders in Abu Dhabi.

Sharjah will host its first game on September 24 when Royal Challengers Bangalore take on Chennai Super Kings. In all, 13 matches will be held in Dubai, 10 in Sharjah, and 8 in Abu Dhabi.