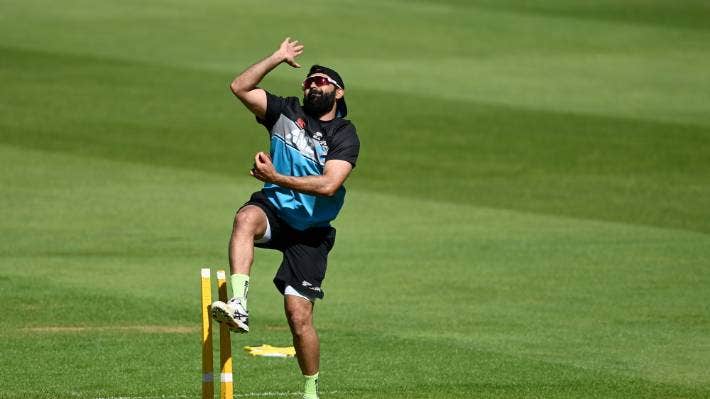 New Zealand left-arm orthodox Ajaz Patel said Bangladesh is a strong team in their own backyard and the visitors would not take them lightly in the upcoming T20 series.

Bangladesh registered first-ever series win against the Australian 4-1 in the recently concluded series when the batsmen struggled on the low, slow pitches.

The 32-year-old spinner is expecting slow-turning wickets in their T20 series in Bangladesh, similar to those played by the hosts in their recent victory over Australia. However, he said they can’t take Bangladesh lightly in their own condition.

“I guess every time you're in conditions where it favours you, you get a bit excited and start licking your lips. But also, I think we've got to realize that these guys are very good to spin as well. We're playing them in their own home conditions. They've beaten lot of big sides, so you can't take them lightly,”

The Tigers will host the second-string Blackcaps, in five-match T20 series, starting from September as part of the team's preparation for the Twenty20 World Cup in the United Arab Emirates in October-November.

New Zealand and Bangladesh will play their games behind closed doors at the Sher-e-Bangla National Stadium on September 1, 3, 5, 8 and 10.